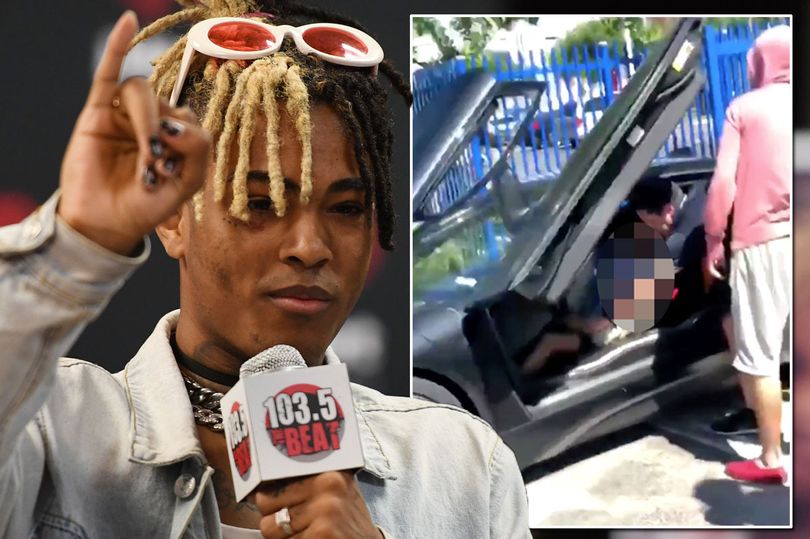 XXXTentacion was murdered for a Louis Vuitton bag containing $50,000 (£38,000), according to court documents.

The rapper had just left the Riva Motorsports store in Florida and put the bag packed full of $100 notes into his BMW when he was gunned down in cold blood on June 18, police say.

Dedrick Williams, 22, Michael Boatwright, 22, Trayvon Newsome, 20, and Robert Allen, 22 have all been charged with first degree murder with a firearm and armed robbery.

And according to an arrest warrant, XXXTentacion – real name Jahseh Onfroy – was cut off by a dark coloured SUV as he tried to leave the car park.

Boatwright and Newsome got out of the vehicle and confronted the 20-year-old rapper before a struggle ensued and the fatal shots were fired, according to the indictment.

The group then allegedly took the bag and fled.

Williams and Boatwright are under arrest but Newsome and Allen remain at large.

Williams was arrested first, just two days after Onfroy died from his wounds in hospital.

Boatwright was charged on July 10 whilst already behind bars having been arrested on unrelated drug charges.

Both are being held without bond and Boatwright’s public defender has withdrawn from the case.

CCTV recorded Williams being in the store at the same time as Onfrey, court records show, and a store clerk claimed Williams bought a neoprene mask.

According to the records, Williams admitted being at the shop with the other three men, but denied knowing that they would rob XXXTentacion

XXXTentacion ‘killed for $50,000’: Murderers ‘targeted rapper for his bag full of cash’ was last modified: July 20th, 2018 by Igbokwe John