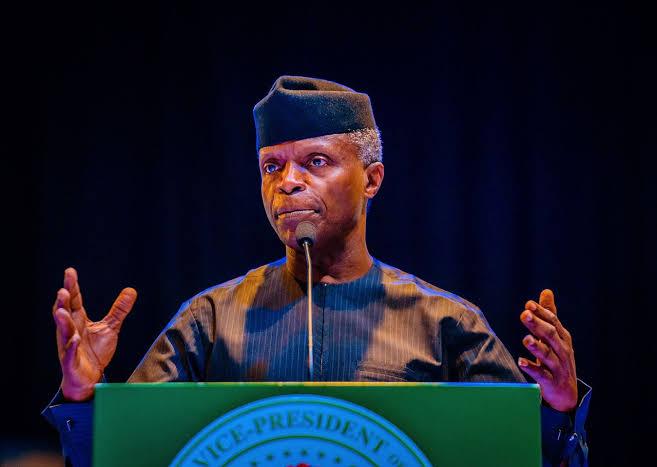 Traditional rulers, prior to the coming of the British Colonialists were agents of development in their respective domains. They performed all functions needed for nation-building. Right from the pre-colonial era to the colonial era, and then the post-colonial era, the traditional rulers have remained a dominant part of Nigerian communities and recognized by the people for homage and reverence. Traditional rulers play an important role in today’s government. They help in the settlement of disputes among their subjects and contribute to the socio-economic and political development of the Nigerian communities.

Party stakeholders and delegates also play a crucial role in national transformation. They are comprised of both past and present elected representatives in a political party cutting across the Federal, State and Local Government, who serve/served in the Executive or Legislature. They are highly influential people, part of whose duties is to elect those who will contest for elective posts on the platform of their political party. Without their full support and backing, the dream of national transformation by any political aspirant will become a pipe dream.

This is a fact recognized by His Excellency, Professor Yemi Osinbajo, the Vice President of Nigeria. Since he declared his intention on April 11, 2022, to run for the office of President in 2023, his Excellency has made it a duty to travel from state to state to meet with stakeholders and delegates of the All Progressives Congress, and discuss his plans for Nigeria with them and also hear their views and opinions. Based on his philosophy of leadership, Professor Osinbajo does not view party delegates and stakeholders as mere followers, but as fellow leaders, who have a crucial role to play in the transformation of Nigeria. Hence, the need to have consultative meetings with them, provide a platform for them to share their views and beliefs, and also give room for questions and answers.

He has also made it a duty to meet with the traditional rulers in virtually every state he has visited. This article gives an account of his visits to different states and the endorsement he has gotten from our prestigious traditional rulers Party Delegates and stakeholders.

On April 22, he visited the historic city of Ibadan, in Oyo State where he paid a courtesy visit to the Olubadan of Ibadan, Oba Olalekan Balogun, to inform him of his desire to serve Nigeria as the next President. The Olubadan spoke well of him stating “You are a wonderful man; May Allah grant you access to what you want. Very soon, you will become President of Nigeria”.

Ogun State, the Vice President’s state of origin hosted him on April 26, wherein his usual manner, Professor Osinbajo met with the party delegates and stakeholders. Speaking at the meeting of Delegates and Stakeholders, Ogun State Governor, Dapo Abiodun alluded to the competence of the Vice President and his commitment to leading Nigeria to greater heights.

He said “Your steadfastness, integrity and character are all well known. You have been serving this country and the President meritoriously for the last seven years as the vice president. We have no doubt that you will do well as the President and we will support you.”

Professor Osinbajo also visited the Akarigbo of Remo, Oba Babatunde Adewale Ajayi Torungbuwa II, who wished him well. The Akarigbo attested to how excellently the Vice President performed as Acting President, and how great expectations are of what he will achieve when he becomes President.

On April 29, the Vice President moved to the South-South, stopping over at Edo and Delta State. He was warmly received and thereafter went to visit the Oba of Benin, His Royal Highness, Omo N’Oba Uku Akpolokpolo Ewuare II. In his remarks, the eminent King said “You are eminently qualified for what you are running for. You don’t have to overflog your credentials. They speak for themselves… Coupled with your humility and being a true man of God, that has the fear of God in his heart, May the Lord God Almighty and our ancestors, the spirit of our ancestors, hear this prayer for you, and grant you your heart desires.”

The same day, the Vice President moved over to Asaba, the capital of Delta to meet with the Asagba of Asaba, His Royal Majesty, Obi (Prof) Chike Edozien, who expressed great confidence in his intellectual and experiential qualities, which qualify him to occupy the office of the President. He went on to admonish the Vice President to use his good office to work towards addressing pressing issues facing the country.

The North-Eastern states of Taraba and Adamawa played host to the Vice President on May 5. On arriving in Adamawa, Governor Umaru Fintiri, in the spirit of brotherliness (though not a member of the Party) welcomed Professor Osinbajo to the state, adding: “We pray that God will answer your heart’s desires. I also hope that the APC delegates will see the reason to put a square peg in a square hole. I welcome you to Adamawa and I wish you the best of luck.”

Upon concluding his meeting, he proceeded to meet with the Lamido of Adamawa, His Royal Highness, Mustapha Muhammadu who said “I hope your coming will add more light to Adamawa because you are the Jagaban of Adamawa. I hope you succeed in your efforts to become President of our country”. The Vice President then met with party delegates and stakeholders.

On May 6, he visited Cross River where he was welcomed by Governor Ben Ayade and other government officials.

The Vice President and his entourage then paid a courtesy visit to His Royal Highness, Obong of Calabar, Edidem Ekpo Okon Abasi Otu V, alongside the Cross River State Traditional Council. The Obong expressed his happiness at the fact that the Vice President was standing to take up the mantle of leadership in the country. He said “You have the experience; you are exposed. We appreciate all you are doing. We don’t need to say most of the things now, but when the time comes, all we are praying is that you pick up the ticket, get the mandate, and at the time you step out to the field, most of us will show our support”.

Governor Ayade also expressed his confidence in the ability of the Vice President to drive Nigeria’s hopes and dreams, if elected as President.

The Vice President then moved to Bayelsa State where he met with High Royal Highness, Bubarage Dakolo and other members of the Bayelsa State Traditional Rulers Council, who prayed for him and expressed strong belief in his aspiration for the office of President.

Gombe State was the next stop of the Vice President on May 9 2022, where he met with party stakeholders and delegates. Governor Inuwa Yahaya of Gombe State attested to the capacity of Professor Osinbajo to deliver good governance to Nigerians, adding that he was optimistic that as the next president, Nigeria would reach the next level of governance which will improve citizens’ wellbeing.

In his words “I can boldly say it, these people … are really committed to seeing you actualise this ambition by becoming the next president of Nigeria by God’s grace…It is you that the President cap fits, squarely nobody can doubt that” he said.

Professor Osinbajo thereafter met with His Royal Highness, Alhaji Abubakar Shehu Abubakar, the Emir of Gombe. The Emir said “You have vast experience and good attributes; you have maintained a track record; we are studying your humility and grace. We appreciate you, and we pray for more success in all your endeavors”.

On May 10, Professor Osinbajo visited Bauchi where he met party delegates and stakeholders as well as the Emir of Bauchi, Alhaji Rilman Suleiman. The Emir commended the Vice President on the love and respect he has for the traditional institutions. Thereafter, he prayed that the Vice President will be fruitful in relation to his visit to the state. The Vice President thereafter visited the tomb of Nigeria’s first and only Prime Minister, Alhaji Tafawa Balewa, and thereafter met with Sheikh Dahiru Bauchi. The Sheikh expressed joy at the prospect of the Vice President becoming President, come 2023. The revered cleric said “I have been praying for you before now, and now that you are running, I will double my prayer for you. All things you have in mind, God will grant you; we are going to support you so that when next you come here, it would be as President of our country”.

During his visit to Nasarawa on May 12, the Vice President was welcomed by the State Governor, Abdullahi Sule, the APC National Chairman, Abdullahi Adamu, and other state government officials.

Governor Abdullahi Sule during the meeting with stakeholders and delegates which also coincided with the inaugural Nasarawa Investment Summit,
expressed his strong belief in Professor Osinbajo’s aspiration for the office of President stating that “there is no better candidate or aspirant than Mr. Osinbajo.”

He further said, “Your Excellency, we believe in you, we strongly believe in you. For that reason, we pray for you. We pray that good things will be done for you”.

The Vice President also met with the Emir of Lafia, Justice Sidi Muhammad 1, who called the Vice President ‘Madugun Jihar Nasarawa’, which means ‘The Captain/Leader of Nasarawa State’. He went further to say “Mr. Vice President, you are the best. For us here, the little we can do is to put you in our prayers, and the best should come out of you”.

On May 16, in continuation of his nationwide meeting with stakeholders and party delegates, he touched down, in Ilorin, Kwara State. As is his usual practice, he visited the Emir of Ilorin, Dr Ibrahim Sulu Gambari. The Emir said “You have been very dutiful. Your track records alone are enough to give you success in your endeavor. However, you have a lot of tasks ahead of you. May God guide you and protect you from all your enemies”.

In the same vein, Governor Abdulrahman Abdulrazaq extolled the leadership qualities of the Vice President and expressed appreciation to him for championing the welfare of ordinary Nigerians, including his role in supervising the Social Investment Programmes of the current administration. He also praised the Vice President for being a man with great vision.

Niger State played host to the Vice President on May 18. He was welcomed to Minna by an enthusiastic crowd, as his entourage drove to the Palace of the Emir of Minna, Alhaji Umar Faruq Bahogo. The Emir warmly welcomed him and commended him for his loyalty to President Muhammadu Buhari. He prayed for his good success in his desire to serve Nigeria as its next President.

He also understands that nothing great can be achieved by only one person. It takes to efforts of men and women of intellect and great capacity; leaders who wield influence over their respective domains, to bring about long-lasting national transformation. Hence the need for constant consultative meetings with party delegates and stakeholders. For this, he deserves commendation.

YEMI OSINBAJO: A MAN LOVED BY TRADITIONAL RULERS; RESPECTED BY PARTY DELEGATES AND STAKEHOLDERS – By John Tochukwu Olisa was last modified: May 25th, 2022 by Online Source