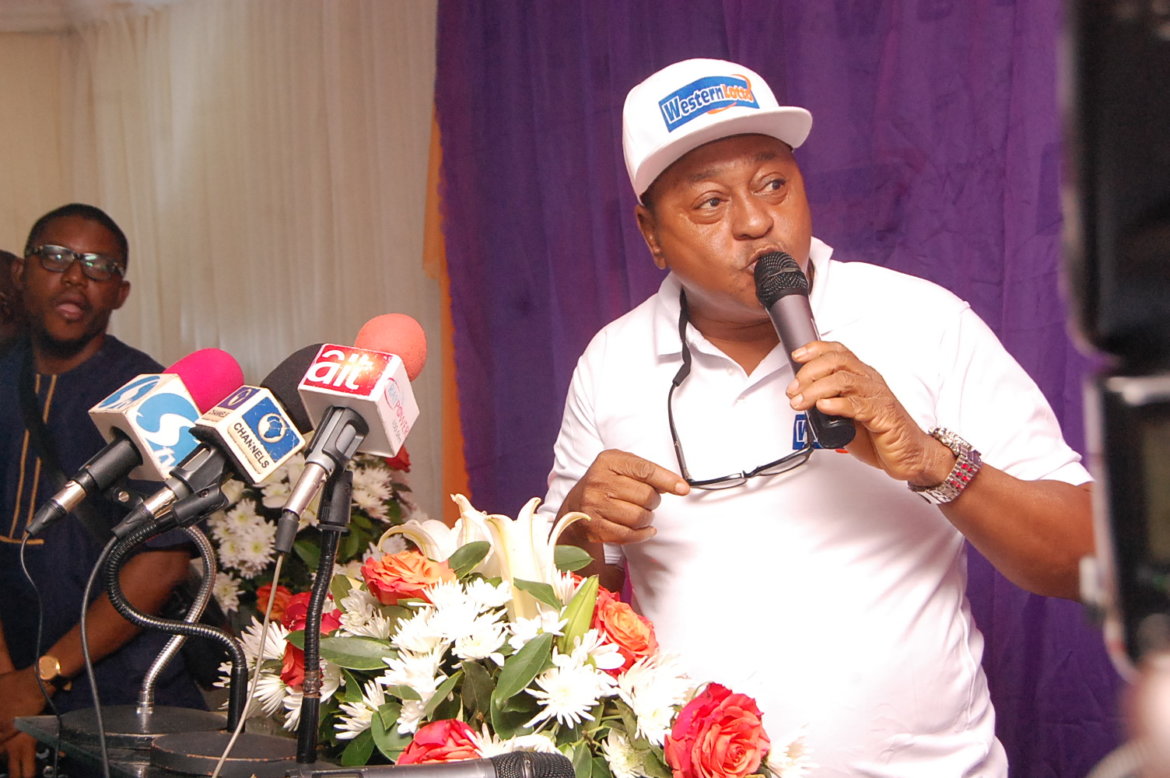 Pa. Tunbosun Odunsi is one of the veteran Nollywood Stars,  who have rocked the entertainment industry for more than 50 years. He is not just popular on TV today, he had been popular when he started acting along side the late Hubert Ogunde in the 50’s. Recently, Pa Tunbosun Odunsi was one of the guests of Dele Odule when City People Event Centre played host to him at Gbagada in Lagos. and what amazed many was Pa Odunsi’s fluency in English. It may interest you that he speaks impeccable English despite being a primary school certificate holder.  City People reporter engaged him for  an interview. excerpts

How did acting begin for you?

My name is Olatunbosun Odunsi. How I started? I started acting in Lagos with Olayemi Sycostration Orchestra at Ile-Nla in Ebute –Metta. They performed for churches and because they would not leave Lagos and I was interested in going round, I had to join the late Hubert Ogunde. I worked with him for almost 8 years before I left to form my group, the Araba concert, then.

You have been acting for how long?

I have been acting for more than 50 years.

And before I joined acting, I was a student and right from school, I joined Sycotration Orchestra and when I got out of school and after obtaining my G2, I joined them fully before I moved to Baba Ogunde’s group.  I also briefly  worked at a company in Apapa as a  Machine Operator, Then I later moved fully to Baba Ogunde.

Acting for over 50 years, was there, anytime you felt like living acting out of frustration?

There wasn’t and this is simply because I took it as my real profession and I would not like anything to take me out of it. The nature of our job then also took us round the country and outside Nigeria.

So, I never gave it a thought to quit. But at a time, I embrassed agriculture because I was into animal husbandry. I had my poultry and the poultry gave me enough money to finance my acting career and each time I go for rehearsals, my birds. Suffer. Many died, while I  was away on location.

Which movie will you say shot you into the lime light?

Before the movies, the stage performance made us popular. Most especially when I was with the late Hubert Ogunde. “The Ologbo Dudu”, Yoruba Ronu, Otito Koro and so on. I was already popular on stage.

The stage was so popular that anywhere  we went, people used to hail us. But when the Movies started, the “Idamu Padi Mi Kailu” written by Alagba Adebayo Faleti and Television performance. “Inspector Adegboye also made me popular.  . I have been popular before the advent of movies.

I produced  “Ejo ni Igboro” which was my first film in 1983. Later Ayorunbo, then Ogun Abele. I wrote  “Ogun Abele”,  but somebody  bought the script and produced it.

How many movies have you acted in?

Haa! uncountable. I cannot count the number  of movies  I have featured in. I have done more than 2,000 or 3,000 movies, both home and abroad.

You also acted abroad? which movies was that?

Changing Faces, shot in Nigeria taken to America. The Sun in Japan. I was in Japan then and I participated in it.

We hardly see you in movies these days, why?

I still act, but I told you I am into farming. It a big farm at Ago Owu In Osun State. My mother is from Osun and I am from Ogun State.

You were with Ogunde for 8 years, what were you doing with him?

I was teaching and dancing, I acted any role given to me.

Do you have any of your children towing this line of business?

Yes, I have a son, Gbenga Odunsi, who is also getting there by God’s grace. He has produced once too.

You see, I take my time to rest. When I am given a job to do and I know I can’t cope, I have the opportunity of telling them that it falls within my resting period, I may not be able to cope.

If the producer is the type who want me by all means, I ask him if he could postpone the shooting of the scene to accomodate me.

You have been in the  lime light for over 50years, how old is Pa Odunsi?

That is what this job does to us. Acting and farming, most especially farming job. It gives you lots of opportunities to exercise. There is no time for laziness.

To God be the glory. How we wish we can turn back the hands of clock and look at the youthful days. But there is no big deal especially when you can mix with the old and the young. If you try to seclude yourself, then there is a problem.

Do you belong to any caucus such as the Odunfa, and others?

I belong to the entire group and this is because I am a father.

You started acting with many veteran artistes, who are your contemporaries?

Would you say being educated has helped your career?

How do you plan to celebrate your 75th birthday?

I don’t plan to celebrate it.

Why do you hardly throw parties?

You see, I took after my father. My father hardly attended any party. In fact, I saw my father dancing once in his life time. That was when Jehoval Jire African Church was to be dedicated in 1956. My father danced as the patron of the church. He danced for about 30 seconds. (Laughs)

Is that why you don’t want to throw a party?

You see, what I know about parties, my knowledge about parties, nothing good comes out of it. Many problems people face this days emanate  from throwing parties. If you don’t have any enemy try and throw a party.  You will immediately have enemies. This is because it won’t just be one.

Many problems people face now, if you look deep into  them, you will know that they started from the day they threw a party. For example, many of the stories. I have written, series in  “Ogun Abele” on BCOS, my series on OGtv, “Amoye”, Eleti Ofe were true  stories from happenings in people’s lives. Ogun Abele emanated from somebody, who got married, 13 years without any issue.  The cause of the childlessness started from the story of how they threw a wedding party. But as the Lord  will have it, some body told them to go and meet Iya. The couple, played with her and she told them the reasons of  their childlessness just because of the food offered her at their party.

How is it like crying and mucus coming out of your nostrils?

Let me ask you, when you are given a huge sum of money,  how would you feel? You will cry. There is cry of joy and cry of sorrow. If you are expecting something and it suddenly drops on you, it will bring tears.

You have a signature cap?

(cuts-in)  I just put it on my head and press it to the front. Just as my Oga, Alagba Faleti.

How do you juggle being a farmer and an actor?

Dele Odule called me from farm to be here. You don’t fight piracy on the farm. I love what I am doing.

You have acted in over 3,000 movies, what are you working on now?

I am working on “ Ojo Ola” I don’t know if I will still be alive to shoot it, but some people will take it up. The story has to do with what happened to this Nation. I so much believe in the  balkanisation   of this country.

I don’t believe in one nation. You borrow money to send your kids to school and he/she comes back, no job. But somebody will be at that position that my child is supposed  to be without having the qualification  or the technical know how. I will not bring an Hausa man to be DG of Custom in my country. An Ibo man will select his Ibo brother to take care of his Navy. Let us sit down and work it out.

“The Untold Story Behind My Crying In Most Yoruba Movies”-Veteran Actor, Pa TUNBOSUN ODUNSI Opens Up