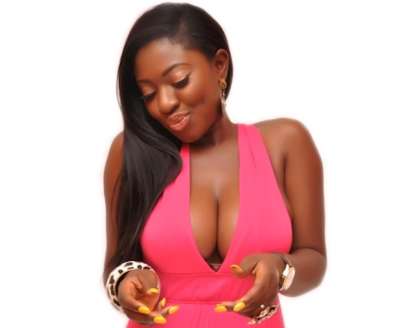 Black and beautiful Nollywood actress, Yvonne Jegede-Fawole seems to be more aggrieved in her marriage than her husband as she took the fight to the next level on Instagram

Yvonne shared pictures from her son’s dedication service on Sunday and her husband, Olakunle Fawole, was missing in the pictures.

This occured in the wake of the ongoing drama that seems to be going on between Gbenro Ajibade and Osas Ighadoro, it appears that another celebrity marriage is going through tough times.

A glance through his Instagram page shows that Fawole, who is the son of deceased actress, Bukky Ajayi, did not share any posts about having a baby or attending the dedication service.

In fact, the last time he shared anything related to the actress was on August 25, 2018, when he wished her a happy birthday.

Sources have it that Abounce’s absence might be connected to the controversy surrounding the child’s paternity, following his birth at around the end of 2018.

He has, however, not made any attempt at addressing the issue neither has he refuted the suspicions that trail his unexpected absence or given any alibi to that effect.

The couple got married in February 2017 at the Ikoyi registry in Lagos after a traditional ceremony in Surulere.