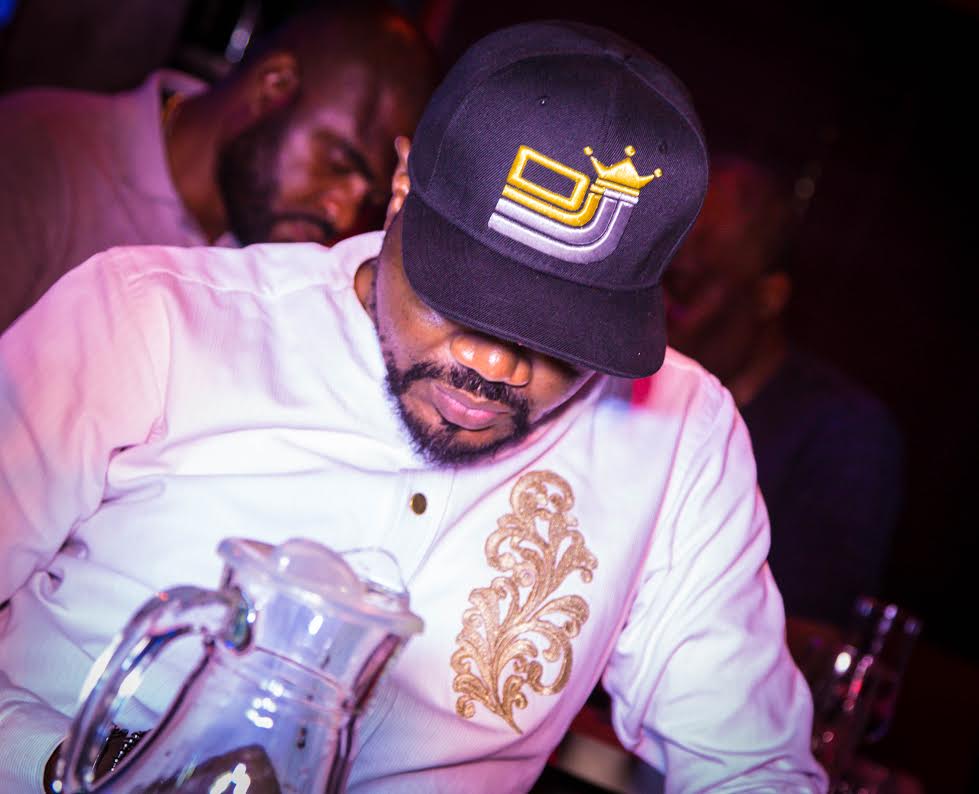 2019 was an amazing year as it threw up parties from January to December. In showbiz and entertainment sector all over the world, deejays have become an integral part of the industry. A deejay is a person who could play with vibes and mix different sounds of already popular music.

Currently in Nigeria, we have top Disc jockeys who are keeping their game tight doing everything they can to remain relevant and blend with the trend. Though, they are really not as recognised as artistes whose music they play, but they still make little money by the side. Most of them happen to be brand ambassadors, club deejays, and private radios deejays.

City People’s Entertainment Reporter, PRECIOUS POMAA, brings you a list of 10 hottest deejays in Lagos City who shuttle different parties every day. Once a party is being organised and any of the disc jockeys is the one  playing, he/she drags his/her  fans down there, so that  they could draw a lot of energy from them and the crowd.

He is better known as Jimmy Jatt, but his real name is Oluwafarojimi Adewale Amu. Jimmy started his journey into the industry as a rapper and later embraced deejaying because it happened to pay his bills more. He is one of the deejays who have managed to remain relevant in the game for long. Jimmy also drops singles and features artistes in them. He has a show that he holds in over 4 cities called Jimmy Jatt’s jump off where different artistes and Deejays come to play and fans have fun all night long. He is also one of Nigeria’s hottest disc jockeys who rock Lagos parties.

His real name is Ayorinde Kehinde Okiki, but he is best known as Dj Kaywise, the drummer boy. He was born on the 4th of August, 1992. He happens to be one of the youngest deejays in Nigeria, a barrier breaker and an innovator. Kaywise is one of the hottest deejays in  Lagos and one that Lagos big babes and guys call to play at their parties. He is a very creative Deejay with over 300 mix tapes, circulating in Nigeria and round Africa. Kaywise’s energy is out of this world, he gives  his all when he is on stage playing. He never gets tired of doing what he knows how to do best. He is also the first Deejay to own a Deejay Academy with over 50 students. He is currently Sound City’s official DJ.

He is better known as Rotimi Alakija, he was born in the United Kingdom (UK). He is also a recording artiste and a producer. He started his journey into the industry in 2003 and showed the best of his skills and what he is really made of in night clubs. In 2010, he won the world’s best Deejay award by Nigeria Entertainment Award held in the USA and bagged many more awards back home. He has since then become one of the hottest disc jockeys, moving from one party to other all over the world.

He is better known as Dj Eni money, but his real name is Eniola Olamilekun Adedeji. Eni is YBNL official Dj and Olamide’s younger brother. He started his music career when he was in secondary school, even though he started as a wobey dancer then he moved to disc jockeying. His first name was Dj Electric, then he changed it to Dj Enimoney. He is one of the DJs who are in hot demand in and outside Lagos with his amazing way for disc jockeying and making people shake their bodies at parties. Eni has a couple of mix tapes.

Dj BigN, who happens to be Mavin record’s Dj and one of the Nigeria’s most popular and respected hip- pop DJs. He is a graduate of Coventry University in England with an MBA degree. Big N happens to be a self-trained Dj, who started his journey at Coventry’s local clubs in the United Kingdom  (Uk). He came to limelight after he did the first ever Mavins mixtape and has since then been playing at different parties in Lagos and outside Lagos.

Popularly known as DJ Fizzy, his real name is Hafiz Agbabiaka Olajuwon . Born and bred in Lagos state, he finished from St Joseph Senior Secondary school. He started to do music officially after he left school. Fizzy happens to be Slimecase’s official Dj, He has a couple of mix tapes (2016) (2017(2018) and he has been nominated for several awards, but has not bagged any yet. Fizzy has been in the game for over four years now and has been waxing stronger. This multi-talented Dj combines cool vibes with wonderful mix.

They call him Dj latitude, but his name is Adebayo Abdul Lateef and he was born in Lagos. He started his disc jockeying at a tender age in school. Although, his mom was against him doing music, but he went on to pursue his dream. He won the best DJ in Yaba Tech. He is currently one of the big names in town playing music from one club, party to another. His energy is 100%. With Dj Latitude, I guarantee you lots of fun because this young star has a way of changing the mood of the audience.

His Real name Ismail Lawal, born on the 27th April 1987. Now, he is popularly known as DJ Kentalky. He took  the industry by surprise with his versatile style. His career began 2001 and he was part of the MTV Guinness Extra SmoothTra4in to Abuja and Benin. His excellent skills have also given him the opportunity to work with international disc jockey. Kentalky is one of the biggest DJs now playing at most parties all around Lagos because of his amazing way of working hand in hand with the MC.

Born Yahya Rilwan Abiodun, this dude is currently making waves in the disc jockey business. His face may not really be familiar, but the name, DJ Real, will surely ring a bell, particularly to those who are familiar with top hip hop music mix-tapes in the country. Real has been in the game for a long while now, but still waxing stronger and relevant, playing at different parties making his guests dance out their stress.

He is better known as Dj blinky, but his real name is Confidence Kelvin Adoo, who hails from Kana local government in Rivers state. He began his career in 2010. Dj Blinky is the world’s popular Guinness record breaker for the longest playing Dj, slamming the wheels of steel for 480 hours, 20days non- stop. He is currently Naija Fm’s official DJ. He plays at different parties in and out of Lagos every week.