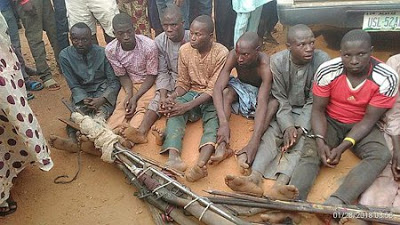 No fewer than 145 suspects have been arrested by the police over herdsmen/farmers clashes in some parts of the country, including Benue, Kaduna and Nasarawa states.

The arrests occurred between January 2016 and January 2018, a Presidency source said.

The source, who does not want his name in print, also revealed that of the number, 124 had been charged to court, while 21 suspects are under investigation and waiting to be charged to court, The Nation reports.

He said: “So far, 106 suspects have been arrested and charged to court for prosecution on the following offences – criminal conspiracy, inciting disturbance of public peace, assault and mischief.”

Why I Supported ATIKU Over BUHARI –...