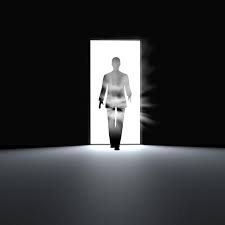 Rev. (Prophet) S.V.O. Okpere is a renowned Prophet of God and he is the founder and Spiritual Leader of Deliverance Holy Mission (DHM), Worldwide, a church with more than 100,000 followers. Recently, Prophet Okpere celebrated his 60th birthday at his headquarters in Benin City, the Edo State Capital.

During one of the activities marking the birthday, Prophet Okpere in one of his usual spiritual characteristics made some frightening predictions, among which were, “two serving governors’ lives are being threatened. Prayers are needed for them to survive and live to vote in 2019 Presidential election in February, 2019 “A governor in the South East and another in the North may die in active service. More ex-Governors and ex-senators may also die, especially during 3rd and last quarters of 2017 and early 2018. “One from North Central and Edo State will send delegates. One in the South-South one from the North.

“Nigeria should not celebrate the recovery of the President, Nigerians should rather pray for him to stay a little while. He may slump and be rushed  to hospital for medical treatment again. Ask for mercy of God for the President.

“Pray also for the Vice President to survive any cooked attack in his own state or in Lagos.”. “More disasters in the land in the remaining part of 2017”.

It would be recalled that Prophet Okpere once predicted the death of Archbishop Idahosa Dr. Samuel Ogbemudia, the victory of Comrade Adams Oshiomhole” and Dr Goodluck Jonathan becoming President.

He also foretold the passage of the immediate past Sultan of Sokoto, Alhaji Abubakar Maccido in 2007, when he declared under prophetic action that a powerful kingdom in the North would lose its monarch. Barely a week after, the Sultan, his first son and the first grandson all died in a plane crash.