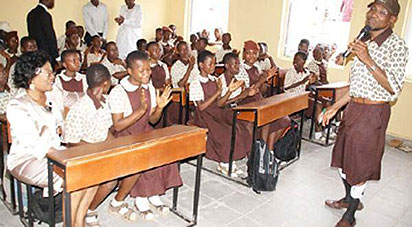 The Osun Government on Thursday gave two weeks ultimatum to owners of unregistered schools in the state to register them with the state Ministry of Education or stand the risk of closure.

The warning is contained in a statement signed by Festus Olajide, Permanent Secretary, Ministry of Education, Science and Technology which was made available to the News Agency of Nigeria, in Oshogbo.

The ministry said that it discovered that 458 schools in 11 local government areas of the state were operating without proper registration in 2016.

It said the affected schools had already been directed to commence the registration process of their schools with the ministry between January 18 and 31.

It said 82 of the illegal schools were located in Oriade Local Government, LGA, 49 in Obokun LGA, 30 in Atakumosa East LGA and 24 in Atakumosa West LGA.

The statement said the remaining 45 of such schools were located in Ilesha East LGA, 25 in Ilesha West LGA, four in Ila LGA, three in Boluwaduro LGA, 12 in Ede LGA, 88 in Boripe LGA and 96 in Ede South LGA.

It warned that any of the school that failed to meet the registration criteria and the two weeks deadline would be closed down.

458 Schools In Osun Risks Closure Over Registration was last modified: January 20th, 2017 by Arinze Ago

Flying cars to debut before end of 2017