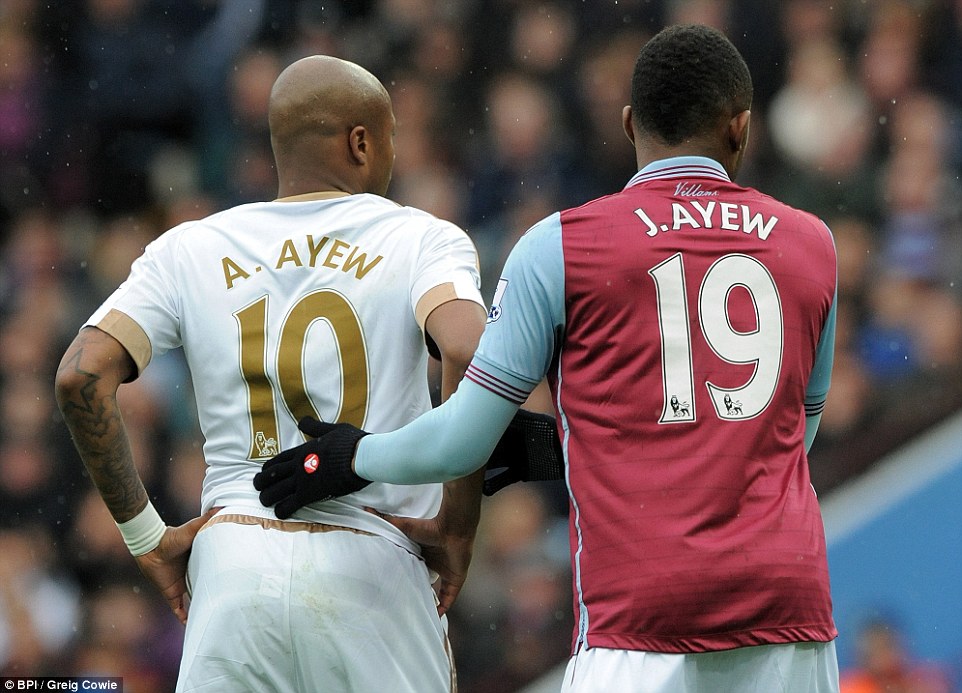 Save for the fact that they are the only siblings playing in the competition, here are five others things you may or may not know about them:

They are the sons of Ghanaian football legend, Abedi Ayew

Abedi Ayew played at the highest level in Europe, where he was an attacking midfielder at Marseille. His talent led to Marseille winning the UEFA Champions League in 1992. He was named ‘Man of the Match’ in the final against AC Milan.

They are two of three brothers

The three brothers – André, Jordan and Ibrahim – all play professional football at the highest level. They are all doing well in Europe, just like their father did.

Eldest of the brothers, André, was born on December 17, 1989. He is based in London where he plays for West Ham United. He has previously played for Marseille and Lorient.

Jordan was born on September 11, 1991. He plays for Aston Villa in the English Premiership. He has also previously played for Lorient, Marseille and Sochaux.

The Ayew Brothers moved to England in 2015

André was first to move to Swansea. Jordan followed suit with his movement to Aston Villa.

5 Things You Need To Know About The Ayew Brothers Of Ghana was last modified: February 4th, 2017 by Daniji Emmanuel