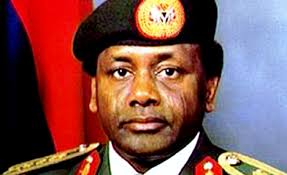 NOT even psychologists have been able to determine what drives greed in man. Especially men of power and influence; leaders who are trusted with the collective till of nations – what feeds the urge to plunder the common wealth and seek to keep it all for oneself? One thread however, runs through all high-placed felons and rapacious leaders – they are not the best examples of leadership. In most cases, in their megalomania, they become autocrats and are brutish in quelling voices of dissent.

Such, of course, is the story of Nigeria’s late head of state, General Sani Abacha (retired). The dark-goggled army general seized power in a palace coup in 1993 and ruled Nigeria for five years. He turned out to be not only the most iron-fisted ruler ever in Nigeria but he is on record as the worst looter of the treasury who is speculated to have (in cahoots with his family members) stolen between $2 billion to $5 billion over the period of his unexampled rule.

An online rating group has placed Abacha at number four among modern world’s top 10 most pernicious leaders who stole their people to death as well as killed them with equal zeal. At number four, he is bested only by Mohamad Suharto (Indonesia, $15-35b); Ferdinand Marcos ( $5-10b); and Mobutu Sese Seko (Congo DR, $5 billion). Abacha follows on the list of infamy with an estimated loot of between $2- 5 billion.

It’s exactly 20 years after the demise of Abacha but his perversion continues to reverberate across the globe. About two weeks ago, the Swiss Ambassador to Nigeria, Eric Mayoraz, told the world that there was no more Abacha loot in his country after a little over $1 billion had been repatriated to Nigeria.

The envoy spoke at a forum organised by his mission to examine asset recovery efforts between Nigeria and Switzerland, with ‘Abacha loot’ as focus. Mayoraz gave a chronology of repatriation of the infamous leader’s loot to Nigeria and also outlined new measures his country had put in place to ensure that illicit funds never found their way into his country again.

He revealed that the sum of $752 million which the late military dictator and his family hid away in Swiss banks had earlier been returned. And the last tranche, $321 million is currently domiciled in the Central Bank of Nigeria, CBN.

And here is the Swiss antidote: “As a way out of what led to Abacha loot, we have signed a mutual legal assistance treaty with Nigeria and it is meant to enable us to track and expose those who want to bring in illicit wealth and prosecute them with the laws in place.

“It is to be made clear that the new laws in Switzerland do not allow for any stolen wealth to be kept in any place in the country,” the envoy said.

Though the process of repatriation has taken two decades, we commend the Swiss government for its sense of nobility and justice. With the opprobrious expose of the Abacha perfidy, the Swiss have taken part responsibility for the crime, made restitution and reviewed their laws to guard against recurrence.

Not so other culpable countries like Britain and the United States that have been reluctant to repatriate the stolen funds in their banks, not to talk of making laws to stop the inflow of filthy lucre.

Beyond the odium of finding and returning the loot, what to do with the returned cash has also become a lingering matter for Nigeria’s government. Since previous repatriations are suspected to have been re-looted, there is so much trouble as to how to manage the current stash of cash currently in CBN vaults.

The Federal Government is poised to hand out cash to poor households as supposedly stipulated by the World Bank, but many stakeholders are questioning the method and its impact. Apart from being not too transparent, opponents say it’s also short on accountability.

We aver that this all boils down to leadership failure and acute lack of capacity in governance. Which system allows individuals to gain access to so much cash? Again, which government has so much problem allocating cash to areas of need? We urge government to get serious about institutional reforms and improve governance capacity.