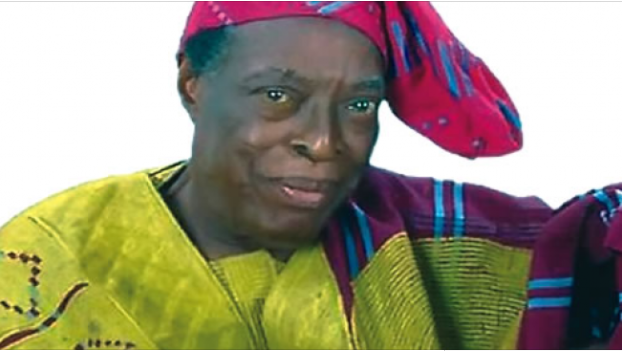 Adebayo Faleti, veteran actor and broadcaster, has died at the age of 86 according to TheCable.

He was said to have had his last breath at the University College Hospital (UCH), Ibadan, around 6am on Sunday.

The deceased was a foremost Yoruba translator and pioneer of the first television station in Africa, Western Nigeria Television (WNTV), later known as the Nigerian Television Authority (NTA).

He was born in Agbo-Oye, Oyo state, but lived in Obananko, Kuranga, near Oyo state.

Back in 2014 when he was reported dead, the thespian said: “I am alive. I am alive. Long life will be my lot”.

In an interview in 2009, he said his mother thought he was impotent because he did not get married on time.

“I married later than my mates. I can’t really say now but I know that I must have married 10 years after my peers got married because I wanted to achieve my dreams first and this got me into lots of problems with my parents who desired that I got married quickly,” he had said.

“And like my mates too I kept assuring them of my intention to be married although not at when they expected. Again, this did not get down well with my mother who had to probe the efficacy of my manhood. It was as serious as that but I kept telling them that I was okay, I just wasn’t ready for marriage yet.”

Faleti has acted, wrote and produced a number of movies. Some of them are Saworide, Magun, Afonja, Basorun Gaa and Sawo-Segeri.