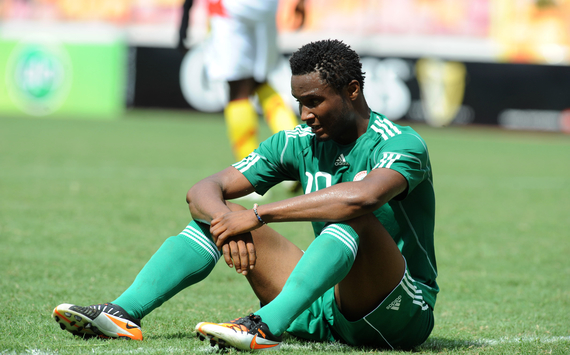 John Obi Mikel’s absence is a ‘huge blow’ for Nigeria, but the team is ‘motivated’ to secure victory over ‘relatively unknown’ Seychelles, says John Ogu.

Super Eagles coach Gernot Rohr was unable to name his captain in his initial 24-man list for Saturday’s African Cup of Nations qualifying tie due to injury.

Also, further injury problems to William Troost-Ekong, Ola Aina and Alex Iwobi reduced the size of the squad, with Rohr having not been able to hand invites to the crooked duo of Shehu Abdullahi and Tyrone Ebuehi.

In June 2017, the team played their opening Group E qualifying match against South Africa without Mikel, and the game ended in a 2-0 loss in Uyo.

Although Ogu rued not having the former Chelsea midfielder back in their fold, he is confident of their chances against the tiny East African country.

“It’s a huge blow if the captain [Mikel] of the team isn’t available for such a crucial match, but we have players capable of filling the void,” Ogu told reporters.

“We lost our first game so it’s imperative to win on Saturday to brighten our chances.

“We are looking forward to the match as our opponents are relatively unknown. The fear of the unknown is what will motivate us to victory.”