Africa Unite Concert: Only Death Can Stop Me From Performing In South Africa – Burna Boy 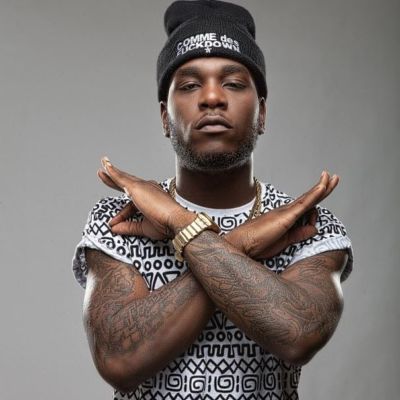 Nigerian singer, Damini Ogulu, popularly called Burna Boy, has said that nothing would stop him from going to South Africa for his scheduled performance at the ‘Africa Unite Concert’.

The concert is billed to hold in Pretoria on November 24.

“Lol. I’m coming and you and anyone against it are gunna have to kill me to stop me,” the 28-year-old music star tweeted on Saturday.

On Thursday, some South African artistes and showbiz personalities called for a boycott of the concert because of Burna Boy’s inclusion.

Burna Boy and a South African artiste, Kwesta, are billed to headline the two-day concert.

Said to be powered by Channel O, ‘Africans Unite’ is a collaborative project which aims to rebuild trust and respect by changing the current narrative about the continent.

The opposing parties said they won’t allow Burna Boy step into their country if he fails to apologise for the comments he made during the recent xenophobic attacks on Nigerians and other foreign nationals in the country.

Spearheading the opposition is South African star, AKA Worldwide, who has insisted that he (Burna Boy) must apologise.

On another hand, Tshwane Entertainment Collective, a group of South African showbiz experts have also questioned Burna Boy’s inclusion and the exclusion of artists and event organisers from Tshwane.

Burna Boy, who has not reacted to any of the tweets, broke his silence on Saturday when he quoted a tweet asking him not to be deceived by the offer of protection from Mr. Malema.

Burna’s tweets read, “Please my people, there should never be a South Africa vs Nigeria war or any African country vs African country war ever. We must unite by any means for the future of our children and their children. I want a united African passport that will be as powerful as the 🇺🇸 passport.

“Saying I mislead people? And I made up the xenophobic attacks and I should apologise. Really? Lol. In 2015 Even I was a victim of the misguided hate so I know. Go and demand apologies from your REAL Enemies. I am not your Enemy. I will not be called “foreigner” I am AFRICAN. I love South Africa. I love Africa more”.

The South African rapper who also took a swipe at Malema told his countrymen not to allow politicians to hijack the campaign against Burna Boy.

Africa Unite Concert: Only Death Can Stop Me From Performing In South Africa – Burna Boy was last modified: November 17th, 2019 by Damilare Salami