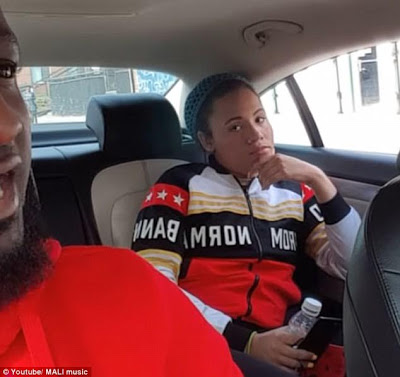 An Uber driver was saved from a possibly legal battle after a dashboard camera recorded a female passenger threatening to implicate the driver of rape and assault just because he did not have a charger for her phone.

The clip, recorded in the Bronx, New York, US, showed the altercation between the woman and the Uber driver which lasted for eight minutes. At the start of the recording, the woman can be heard shouting from the back seat:

“I’m going to start screaming out the window that you raped me. I will punch myself in the face and tell the cops you did it. You wanna play? I’ll call the cops right now…I’m going to tell them you’re holding me against my will. You’re going to jail for domestic violence.”

At a point, she screams at the man to “go back to your country” and warned him that “Donald Trump is going to send you and your family back. Get the f*** out of my country.”

The video which has sparked a lot of outrage online, all of it directed at the passenger, showed the Uber driver composed and polite all through the period the row lasted. The woman is said to have gotten upset after her iPhone ran out of battery and the driver did not have a car charger she could use. He calmly explained that to her but she would not have it.

When the woman became uncontrollable and screamed racial slurs at the black driver who has been with Uber for more than two years, he asked her to leave the car repeatedly but she refused and ordered him to use his own phone to call her boyfriend. The woman finally got out of the car after eight minutes but before she did she began shouting for passersby to call the police.

The Uber driver could be heard ranting as she left. He said: “This is how Uber drivers go through every f****** day, man. People would disrespect us, talk s*** to us like it’s nothing, man.”

Meanwhile, the Bronx woman has been banned for life from using the Uber app. An Uber spokesperson revealed the ban in a statement in which strongly condemned her behaviour and said it was unacceptable.

“The behavior in this video is abusive and completely unacceptable,” the statement read. “As our Community Guidelines make clear, this will not be tolerated by anyone who uses Uber. The rider’s account has been banned and Uber is looking into this incident.”

Aggressive passenger is recorded telling an Uber driver she will falsely accuse him of RAPE [WATCH] was last modified: April 7th, 2017 by Reporter