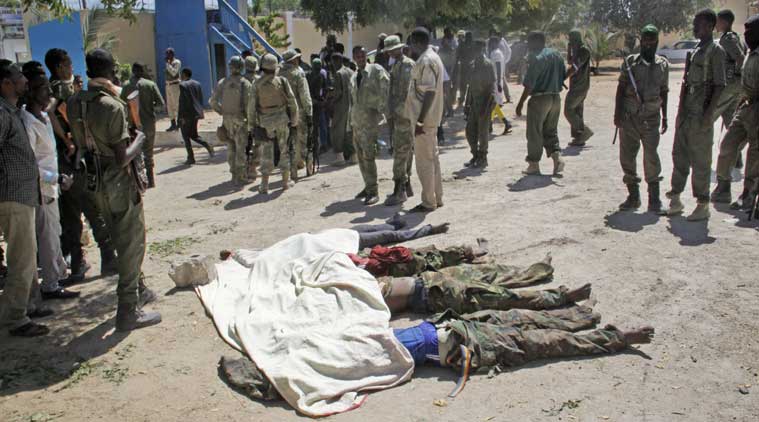 About four soldiers were killed and five wounded on Tuesday when a roadside bomb that Islamist militant group al Shabaab said it planted exploded outside a military camp in a town near Mogadishu, officials said.

The blast in Afgoye, about 30 km (18 miles) southwest of the capital, took place a day after the insurgent group carried out a raid on the same town that was repulsed by government troops, Major Osman Abdulle, a police officer, told Reuters.

Al Shabaab, which is waging an insurgency across Somalia aimed at toppling the Western-backed government in Mogadishu, claimed responsibility for the bombing.

The Kenya Defence Forces said the al Shabaab fighters were killed during an operation to flush them out of the southern town of Badhaadhe, where the group had taken control of a mosque and a police station.

It said it recovered rifles, ammunition and two 81 mm bombs among other items.

Al Shabaab, which is affiliated with al Qaeda, aims to impose its own strict version of Islam on the Horn of Africa state.

The group once held large swathes of Somalia including Mogadishu before being ousted from the capital in 2011 and losing further ground. But it continues to pose a formidable threat.