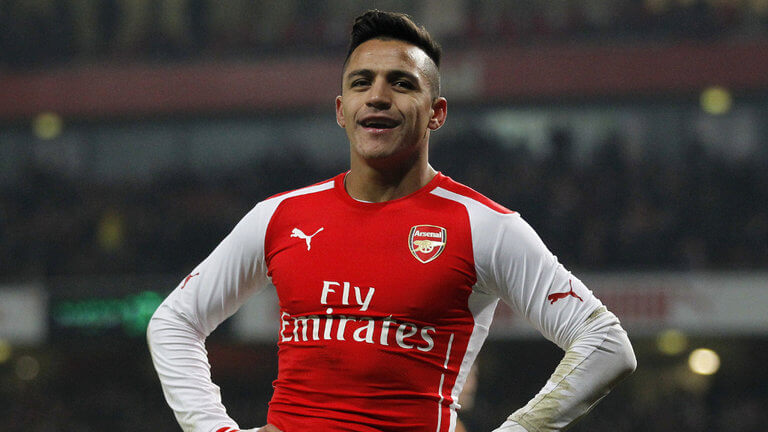 Alexis Sanchez and Olivier Giroud have kept Arsenal’s hopes of a top-four Premier League finish alive after their as second-half goals earned the gunners a victory at Southampton.

After a dull first half, Sanchez produced a moment of magic to open the scoring when the Chilean wrong-footed two defenders in the box before calmly slotting home.

Substitute Giroud then made the win safe by nodding in from close range minutes after coming onto the pitch.

Mid-table Southampton rarely threatened. Their best chance came in the first half when Manolo Gabbiadini forced a fine save out of Petr Cech from close range, and they stay 10th.

An awful run of form from January until early April had seriously threatened to end Arsene Wenger’s record of securing a top four finish in every season he has had at Arsenal.

However, four wins in their six games prior to the trip to St Mary’s had given hope that the season would not peter out.

In what was a must-win game, Arsenal’s players initially failed to rise to the challenge.

They were ponderous in possession and lacked bite in attack. Too often they played passes square just inside the Southampton half before gifting possession back to the hosts when they approached the final third.

But in Sanchez they possess a player capable of producing something from nothing and that is exactly what he did midway through the second half.

His goal, which came after he sold two Southampton players a dummy to give himself a clear shot on goal, visibly relaxed Arsenal and from then on they played with confidence and freedom, allowing them to open up the hosts for the second time when Giroud headed in Aaron Ramsey’s cross.

The only negative for Arsenal was the loss of Alex Oxlade-Chamberlain to injury in the second half, although Wenger suggested it was not serious.

Sanchez has now scored 20 goals this season, making him only the fifth Arsenal player to reach that mark, after Ian Wright, Thierry Henry, Emmanuel Adebayor and Robin van Persie.