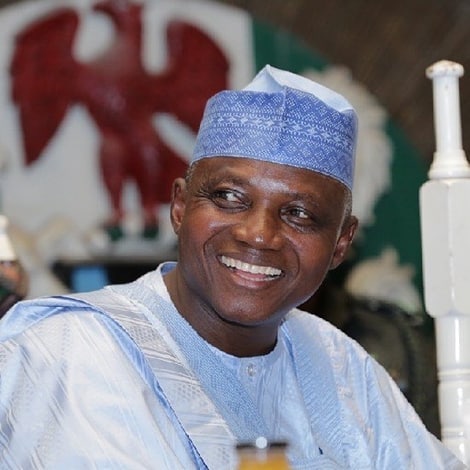 The spokesman of President Muhammadu Buhari,Garba Shehu, has described the amnesty the president granted to Boko Haram members as a “win-win situation.”

While receiving the freed Dapchi schoolgirls on March 23, Buhari had said the federal government was willing to accept the unconditional laying down of arms by repentant insurgents.

Speaking at an interactive session with state house correspondents during the weekend, Shehu said the amnesty would help the insurgents to “be useful to the nation.”

He also said the measure would help the government save cost by channelling funds used in the war against insurgency to other areas.

“It is proverbially said all wars end up in the boardroom. You can defeat people technically on the field but at the end, you must come to the conference room to resolve all issues ” he said.

“So, if Boko Haram would lay down their arms and stop fighting and stop preaching their negative ideology, the country should be able to embrace them; welcome all of them so that they continue to live normal lives and be useful to the nation.

“What that means is that we will be saving cost, saving lives that are being lost through bombing, killing of service personnel and we will be saving money that we are using to procure weapons so that such money can go into services and infrastructure and welfare of the citizens of this country. It is a win-win situation.”

The presidential spokesman described as unfair, allegations that the president is shielding herdsmen accused of killings.

He said the allegations is a negative effect of the social media, adding: “This is an administration that has done extremely well and to a president who has sworn to an oath to defend the constitution and protect every life and property, it is very unfair and uncharitable to say that he will shield anybody.”

He said it has to take everyone at various levels of authority to shield the accused from the law.

“This is a president whose passion is not even for the office, even when everyone is asking him to go for a second term he is keeping quiet because his focus remains the nation and the problem of the country.”