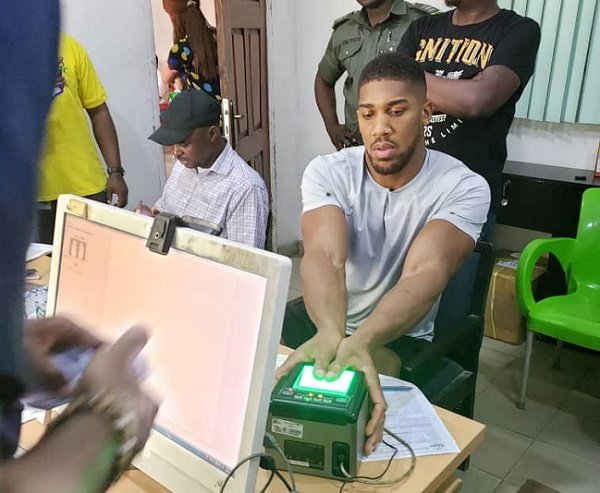 The NIN is the unique number which identifies a person for life and is issued by NIMC after enrolment.

It also links a person’s details such as demographic data, fingerprints, head-to-shoulder facial picture, other biometric data and digital signature in the national identity database for easy transactions and profiling.

The NIMC had taken to its Twitter page to share pictures of the heavyweight boxer undergoing the process of thumb printing.

In one of the photos, Joshua can be seen posing with his temporary slip which was issued to him after completing the registration.

“Anthony Joshua enrolls for the National Identification Number and issued his NIN slip,” it wrote on Twitter.

The 30-year-old has enjoyed a blissful boxing career, drawing commendations across the globe. He is widely celebrated by Nigerians for his continuous admiration of the country’s heritage.

In 2017, Joshua had attributed his success to Nigerian staple food — eba and egusi.

In January, Joshua, whose father is originally from Sagamu in Ogun state, met with President Muhammadu Buhari in the UK, where the latter had gone for an investment summit.