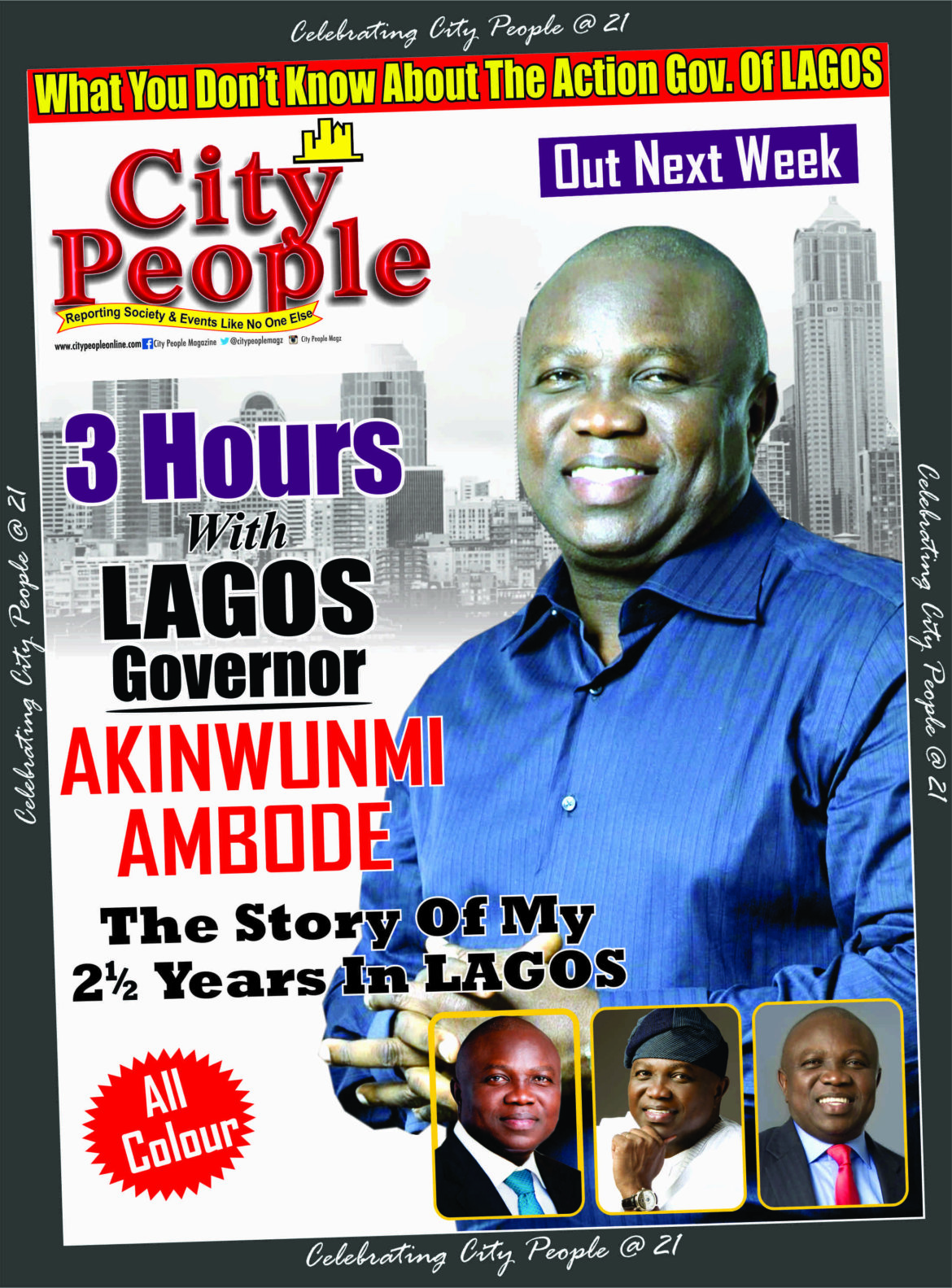 Following the new look of Lagos as evidently seen in all nooks and crannies of the State, Lagosians are already applauding the people’s Governor for his achievement within the 30 months of stewardship so far.

The Executive Governor of Lagos hosted City People’s Publisher, Dr Seye Kehinde for over three hours at his Alausa’s office on Tuesday, September 26, 2017, where he reiterated his unwavering commitment to economic integration and development of south-west, and has, beyond rhetoric, taken concrete steps to actualize the vision in the overall interest and benefit of the people.

Governor Ambode who has in the last 30 months championed the historic duty to solidify regional integration of the south-west also reassured Lagosians of his commitment to that vision of a New Lagos.

The complete exclusive interview will be out on Monday, October 2, 2017, at every vendor’s stand across Nigeria and also in digital hub worldwide.

Neymar Is Fit To Play Against Bayern Munich – Coach Emery