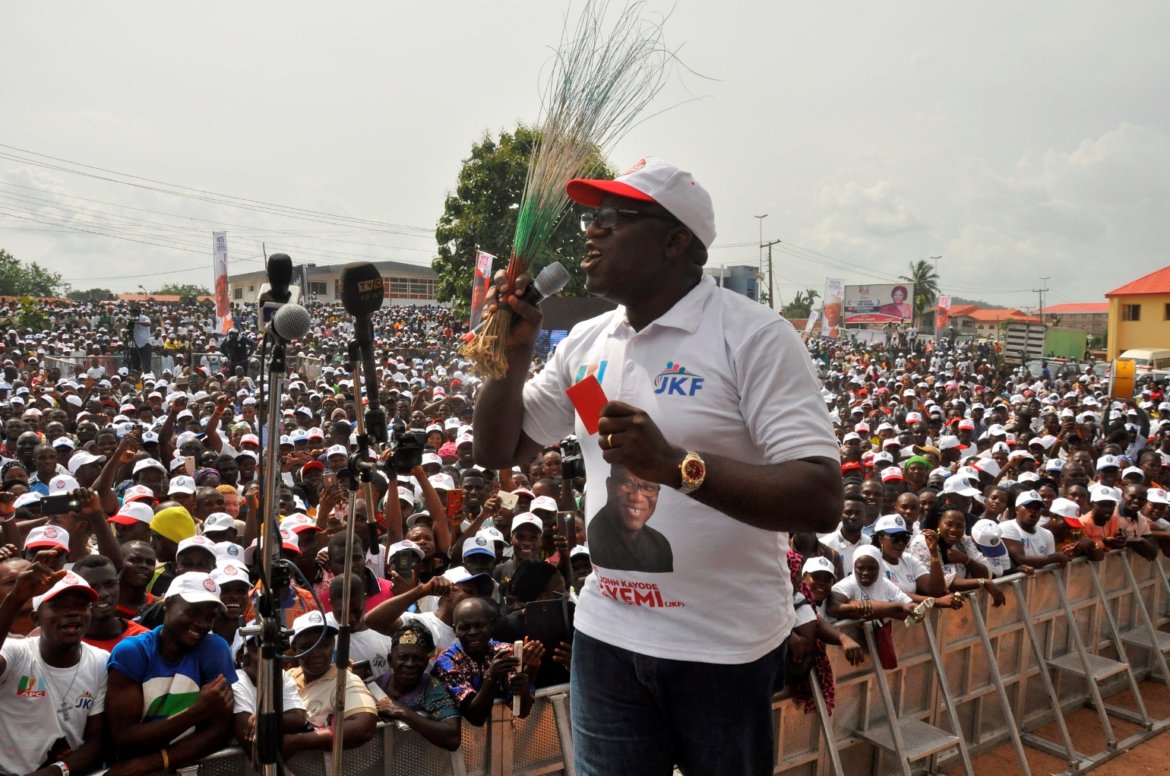 The Peoples Democratic Party (PDP) has described the All Progressives Congress (APC) governorship mega rally held at the Olufemi Kayode Stadium, Ado-Ekiti as a “dramatic display of the failures embodied in the party.”

PDP said the speakers at the rally did not disclose any significant plan which the APC has for the people of the state.

A statement by PDP’s spokesperson, Kola said the rally was an indication that APC has nothing except deceit and lies to offer the people of Ekiti State.

The statement reads, “This was evident as Dr. Fayemi could not even itemise his last achievements in office, if any, upon which he wanted to be re-elected.

“The Ekiti rally, therefore, ended as a political comic relief for the PDP as many of the APC gladiators at the rally attested to the fact that Ekiti had been transformed from her poorly developed status in 2014 when Fayemi ruled.

“Dr. Fayemi as ‘Ekiti Kete’ ought to have listened to the drumbeats of his invited guests as they spoke poorly of his tenure.”