Aremo ADESEGUN ONIRU Reflects On Life As A Crown Prince 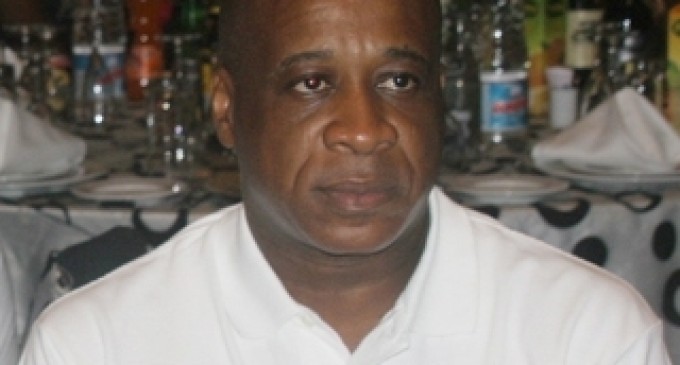 Since I became the Commissioner for Waterfronts if you look at Ozumba Mbadiwe today and the Waterfronts there, you would see much rapid development. That was under my watch. Much of the structural development done there, I did it. I did Oriental Hotel, the site I did it. I allocated that site to them. Much of the development that you see Jim Ovia working on now, the Civic Centre, the new building, I did all that.

Moving on from that, there is an area in Lekki aborting Oniru called Okunde Blue Water. There is a scheme there called Okunde Tourism Blue Water Scheme, I reclaimed and developed it. Moving on from that, I went on to Maiyegun Tourism Scheme. I did it too. We have various works we are doing along Badagry side, and the Westside of  the country as well as a Ministry. But the biggest and the most recent challenge that we are working on now is the Eko Atlantic City Project. The project came after we reclaimed and put a permanent solution to the coastal erosion of Ahmadu Bello Way, along Bar Beach. So, Bar Beach was my project from the scratch to the finish. Till the time I left. I was in charge of looking after Eko Atlantic project from the government side. And to make sure from the government side and that the agreement signed by Lagos State government and the developers is adhere to.

Basically, what was your brief?

But our number one objective is to make sure that the waterfronts of Lagos State are protected and developed.

You were one of the longest serving Commissioners in Lagos State. How did you feel at that time?

It made me feel I was serving my state and contributing my quota. For me to still be there till I left it means I must have done something right or I am doing something right. I feel really fulfilled.

You are one of those who are close to Asiwaju Bola Tinubu. What sort of a man is he?

He is a man of vision, a man who once he believes in something, he sees the thing through. He is fearless.

How come you’ve been with him all these years?

I keep to his philosophy of life. For instance, he says the boss is always right. Even if you feel that he is wrong, advise him as a boss. But if he insists. He says Believe in him that he is your boss and he is right.

I have also learnt another thing from him, which is a good guideline in life and to be a success in your life. Asiwaju once told me one day when I was alone with him and we were having one of our late dinners: if you have a friend and both of you believe you are good friends. If anything  untowards is to ever happen within the two of you, your proper stand should be that your friend  should be the one who will offend you, not the other way round. If you hold on to these words, you can’t go wrong because it’s not just ordinary word its also a prayer as well. Regardless of what anybody says about Asiwaju, even people who say negative things about him, don’t know him. They don’t konw him as some of us, who are close to him know him.

Asiwaju is a down-to-earth man. Asiwaju is a man who is willing to give everybody around him an opportunity. He is a man, who many people feel has political enemies, but no, if you offend him he would forgives you. He forgive once you know you have done something wrong and you apologise.

You’ve been around politicians for years, at least 16 years. How come you’ve e not been tempted to go for elective office?

(Laughs) In life, every one must know his/her limits. In life, everyone must be content with where and what God has given you. If my state asks me to contest for any position, I would be quite happy to do it because I believe I have enough experience now to do whatever is it that the state requires of me.

If you mean Governorship elections, you need to know that these things are done in a way and manner. That the party has set out the guidelines. There is West, Central and East. I am from  Lagos Central and the Current Governor is from there too.

It will be unfair for any one to want to contest from that side when the zoning of the Governorship is to the East.

When we started the interview you said your life is an open story book. Why did you say that?

So, when you make your life an open book, there would be no surprise.

What sort of a person is Aremo Ade Segun Oniru?

And how best does that work? By acquiring properties, developing it and owning properties. So, I am a property person.

On one hand, you are a Prince, and  on the other, you  a peoples man, so much so very many people have nice things to say about you. People handly say negative things about you beyond those who just say,  oh! Aremo Adesegun Oniru loves the good life.

Laughs Noo! I have to differ from you. There are many people who don’t agree with some of the things I do. And that is understandable for example, let me take my family. My wife and my kids believe that since they’ve known me as a person I have never spent enough time with them. That is a big issue in my family. My family believes that daddy, you can leave this job, and we can move back to London and you will be ok. They don’t understand that Lagos State is in   my heart.

I also have many friends around me if I am to rate the level of friendship I have around me, I will say I have 30% good ones and 70% not so good. Those who are not soo good I still keep as friends. Thats me, That’s for a reason.

It’s because it’s good to keep your enemies close to you and your friends at arms length. A friend who will look at me in the eyes and tell me the way it is, and what I am doing wrong is a true friend.

A friend, who will tell me whatever I want to hear is a very bad friend. So, I have all those kind of people around me. I know for sure that people say bad things about me. But it’s a free world. There is nowhere you will be  in life that you won’t have enemies or those envious of who you are or what you have achieved in life. Thank God, I believe I have more positive people who will say more positive things about me than the people who don’t really know me and will say negative things about me.

What gets you upset?

I hardly get upset. But when I do, I get upset with people who should be on a level and they are not.I like relating with intellentuals. Ok not everybody is fortunate to be one. And if I am working with you as a professional, and I expert you to be on the same level as me and you are not, I will find it difficult to relate with you. I get upset. May be this is one of my faults. I get upset with things like that. Apart from that, it will take much to upset me.

As a Prince, how do you get along with different kinds of people, from diverse backgrounds.

I have to get along because I am a people’s person and I have to daily deal with people of all shades and forms. Sometimes, I get worked up and I take it out on my wife at home.

When I get home I pour out my anger on her. Mostly, she does not understand why this man gets worked up over things. We are all human. I try my best to try and get along with people and to work with people and to make sure that all is well.

Tell us about your wife?

My lovely wife is Adeyinka Oniru she is a very, very pleasant person. She was born in Newscastle, very cold part of England.  She came back to Nigeria because of me. She was living and working in England and I married her many, many years ago.

She is a very, very pleasant woman and easy going. There are very, very few people who know who my wife is. She lives a private life. She knows the Good, the Bad and Ugly sides of me. And everybody has that side of me. Don’t let anybody lie to you. I thank God for her, for what she has done and for the role she has played in my life. We have four lovely children made up of 3 girls, one boy. I have  a 21 year-old, 18, 15 and a 6-year-old-boy and she has dedicated her life to looking after those children for me.

How does the Crown Prince unwind?

I love the Entertainment industry. I love music. I believe one day, I will have an entertainment outfit that I call my own. I have a small bar at Oniru where I unwind  it’s my bar. I usually hang out at the bar called Timeless. My friends and I relax there  most evenings,  over drinks. When I close, I go home first, see my son, and wife and later go and have a drink with my friends and go back home and sleep.