At 63, I Am Proud Of My Life As A Top LAGOS Socialite 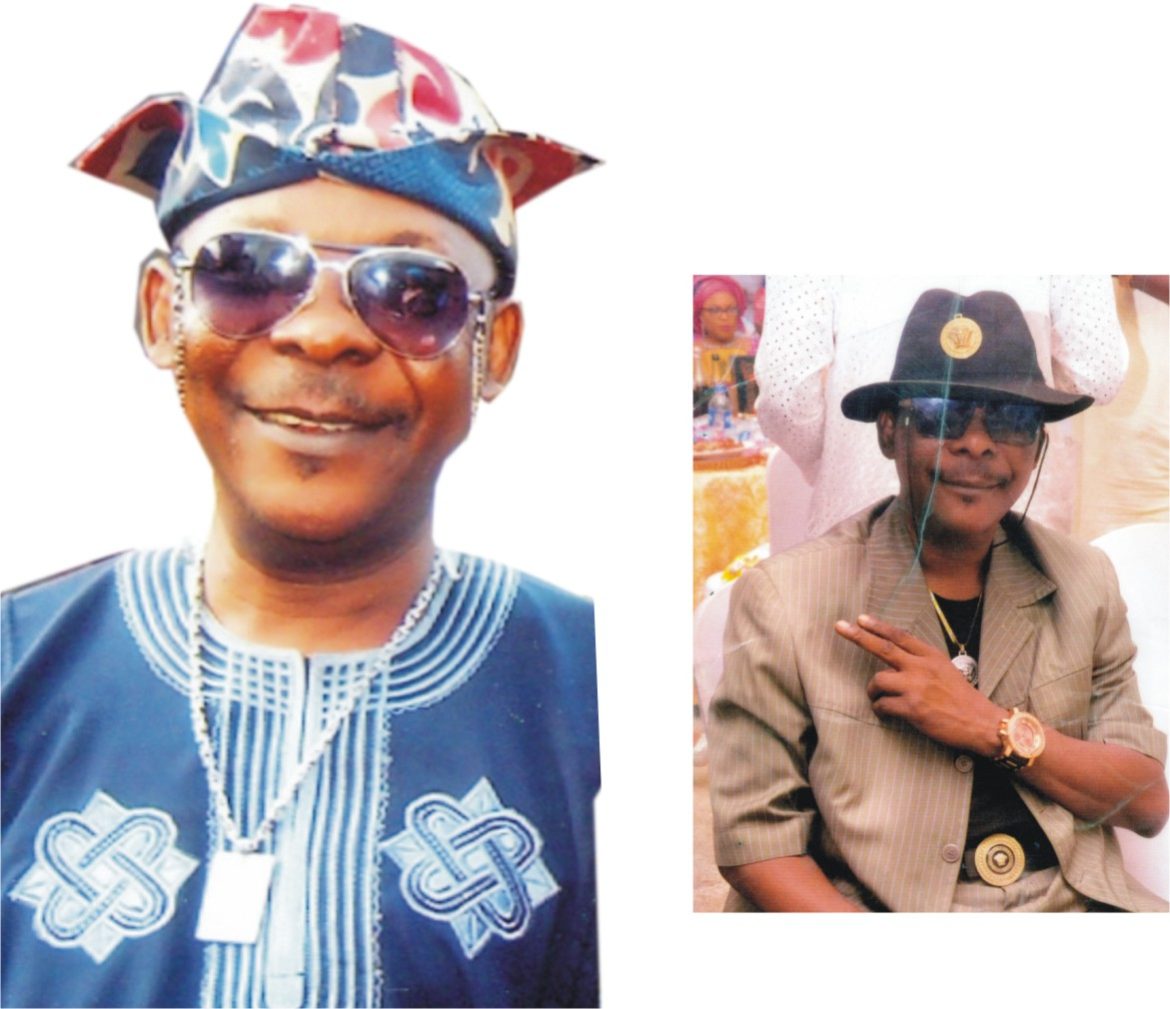 •EKO Round City Opens Up To City People

•Talks About His 47 Years Of Rocking The Street Of LAGOS

His real name is Abiodun Owoyele Idowu. But everyone calls him Eko Round City. That is his nickname which surely rings a bell in the ears of many Lagos socialites. This is because Eko Round City is a socialite-par-excellence. He has been around for so long that the story of the Lagos social establishment will not be complete without a mention of his name.

For years, he has made parties rock. At a time, within the Lagos social establishment, he was the most popular and all the Big Boys who held parties then attest to this. His magic then, was his presence and style which was distinct. He was to many of the Big Boys who ruled the scene in the 70s, 80s, 90s.

All the big Juju and Fuji musicians like KSA, K1, Sir Shina Peters, late Sikiru Ayinde Barrister praise sang him, ceaselessly, at parties. Yet, the fun-loving fellow who turned 63 last week, January 1st 2019 is not from Lagos. Although he was born in Lagos and grew up in Ofin, within the Olowogbowo area of Lagos, he is from Awe, in Oyo State.

But how did he come by the name Eko Round City? Last week, City People Publisher, SEYE KEHINDE, interview with him at his Bank Olemoh Street, Surulere home, to reveal all there is to him. It’s vintage Eko Round City!

How do you feel at your 63rd birthday and 47 years on the street of Lagos?

After my secondary school, I went into business, selling clothes somewhere on Broad Street at Abibu Oki area. Since then, I have been going to many parties. All my partying started from Lagos Island. Anybody I know today all started from Lagos Island. There is no area I don’t know or stay on Lagos Island. No place, including the palace of Oba of Lagos, in those days when late Oba Adeyinka Oyekan was on the throne. I lived there for almost 6 years. I lived at Obalende. I lived everywhere. From there, they started calling me Eko Round City because I am always going round Lagos attending parties. In those days, I use to attend 6, to 7 parties a day. I can go to 10 parties a day. Then, I was so young. I started my outing, going round, sleeping at various houses from age 16. My father is a polygamist.

I come from a  polygamous home. My mum is the 1st wife. You know what that means. That’s why I stepped out to be living all over my friend’s place. That’s how they coined my nickname Round city, moving around the city, Eko Round City. People run into me, around moving from one party to another. I go round then as I like. I am one person who does not need an invitation card to go to a party. I will just arrive there and go in and before I sit down it usually takes me close to 45 minutes as I greet people table by table. From there everybody got to know me up to the grassroots, to America, UK, London, Canada name it. I am so popular.

At some point, I had to upgrade myself to a higher level. I became friends with king Sunny Ade, Sina Peters, Wasiu, Ayuba, Ebenezer Obey. From there Eko Round City became a  big name. If I enter any party and you don’t know Eko Round City thats your cup of coffee. People believe when I enter a party the tone of the party must change, because half of the party will greet me until I sit down. I like to humble myself to anybody I meet. I am not rich, but I am comofrtable, I thank God today today I have good children-2 boys and a girl. Many don’t know how I live my life. They don’t know how I have survived this long. Some people gossip behind me that they don’t know how I live. These are people who can’t stand with you talking rubbish. Some will say he is a striker. He is a whatever. Everybody is a striker. What do they mean by saying I am striker? When you need something from somebody they will give you contacts. I was born to be sociable. What many people don’t know is I have what I do for a living. I am a Social Consultant. I consult for people. I link up people.

Do I need to tell everybody where I am making money from? No way. I have a Certificate for it as a Social Consultant. That is why I know all the musicians. I get them jobs that and I collect my a percentage. There are society people who will just call me, Eko, get me a good musician that can play at my father’s burial I will. Get me Sir Shina Peters for my birthday, I will do that and get my commission. People in America and London, when they are coming to Nigeria, they always link up with me. The guys who know me will tell them once you get to Lagos go and meet Eko Round City. He knows everybody. I have I lived on the IslandKing went to live at Ebute Metta. My house to Ago Egba is very close. Then, they started calling me Okala by chance at Ebute Metta, because I know the good and the bad. I am not a bad person. I am a clean guy who wants to live a happy life. I have never done a dirty job in my life. That is why I have the to go I will be acceptable.

How did you come to Surulere?

I came to Surulere through Shina Peters. Shina Peters used to play at Stadium Hotel. I stayed at Karimu in Surulere then. We used to sit down there. Sina Peters is a member of the house. His wife was close to a lady we all used to move together. I mean his wife Sammie. We call the lady Alhaja Amina, (Ibidun Sector) so, Shina Peters used to play on Friday nights at Stadium. He composed for me a special music, hailing me, it was there I met the likes of Prince Lanre Tejuoso, Segun Awolowo, Ayo Subair, Pinkaro, Ramon Rasaq. They were all my very good friends. Alhaji Raman Abdulrasaq is Kwara APC’s governorship candidate. At that time Sina Peters was on top. Nobody wanted to listen to KSA then. Shina used to play for Babangida at Dodan Barracks then. I went with him once. At that time, people used to invite me for parties. They will give me Invitations. At that time there is no who-is-who in Lagos that didn’t know me then. And I didn’t mess up. I greet everybody. I respect them. They respect me. Some people don’t believe I am 63. Why not? I am already 47 years on the streets of Lagos. I got on to the streets of Lagos at age 16. I appreciate my life. I appreciate my style. Its not that I cannot live at Banana Island, or Parkview or Osborne, but I pray to God that I will one of the people to have a property there. I don’t have any house now. Just because of that I wrote 15 Bank Olemoh extension, Parkview on the wall of my house. Some ladies who come here to  sew clothes opposite my place here, when they see me and hear that this man is Eko Round City they will say haaa! He is rich. Don’t let this man deceive you ooo. All his friends live in better places ooo. Haa! So, I got a painter to come and write that inscription on the wall before the lady came back to collect her clothe. There is so much gossiping in this city of Lagos. I am cool headed. I don’t do rubbish that is why I am acceptable in many gathering.

I have gone to so many parties in my life that no socialite can come out to say he has surpassed me. No way. They can’t beat me to it. It is only of recent that I reduced my going out. Age is getting to me. I am getting old. These days if I am invited to 5 parties, I go to only 2.

At 63, I Am Proud Of My Life As A Top LAGOS Socialite was last modified: January 7th, 2019 by Seye Kehinde