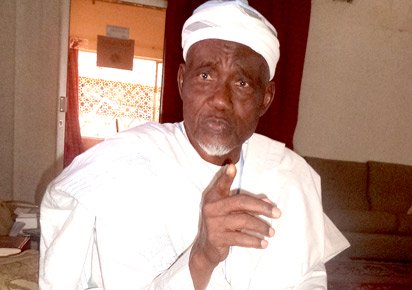 On September 9, 2015, one of the gallant policemen Kano ever produced, Alhaji Ibrahim Ahmed Babankowa, died at the age of 74.

A former police commissioner of Gongola State, Babankowa served in the police since First Republic.

But how did this gallant cop find the late Prime Minister’s body? Below is his account in an interview with Vanguard:

“I remained at Sango-Ota up to January 15th 1966, the day the first military coup took place in Nigeria. On the night of the coup, I was at a police checkpoint in Sango Ota when a convoy of Army Land Rover, Trucks, and two Peugeot saloon cars were moving from Lagos to Abeokuta and we had no cause to suspect anything sinister because they were military vehicles presumably on a complimentary patrol to restore order.

“Little did I know that those military vehicles were indeed conveying the Nigerian leaders to their death? We were perhaps the last group of people that saw them alive. We later discovered the vehicle stopped about three kilometers away from our checkpoint and diverted into a nearby forest where they shot and killed the Prime Minister, Okotie-Eboh, and this was on a Friday night, January 15th, 1966.

“About an hour later these same military convoy came back and headed towards Lagos. The following morning we learnt that there was a military coup. While the chaotic situation remained, the prime minister, Alhaji Tafawa Balewa was reportedly removed from his residence and taken to an unknown location.

How did you discover where the Prime Minister and the minister were dumped?

“I got a clue on the fourth day of his death I had gone to the clinic at Sango Ota to get medication at the only clinic then in the town that equally served as General Hospital, when I picked a loose conversation between some patients at the clinic.
They said in Yoruba that there was an unpleasant smell around their neighbourhood, and they didn’t know what was causing it and I later found out that those women came from a village along Abeokuta highway.”

What was your reaction to the clue?

“The nature of the operations dramatically changed as I divided my anti-riot unit squad into two. I deployed a unit to comb the area, and that was how we came across the spot in the forest where we beheld a horrible spectacle.

What did you discover?

I was shocked and reported my findings to the Inspector General immediately through the nearest police station at Ikeja Provisional Headquarters where the officer in charge, Alhaji Kafaru Tinubu, allowed me access to use the facility. I told the IG that I had sighted and identified the dead bodies of the Prime Minister and others and that I was awaiting further instructions.

Incidentally the substantive IG, the late Mr. L O Edet was on leave and the late Alhaji Kam Salem was acting. I was subsequently directed to move to the Force Headquarters and to facilitate my quick arrival he asked me to use siren when coming to Lagos.

By the time I got to Lagos, General Aguiyi Ironsi had already taken over power as the first military Head of state , and located himself to the Moloney Street Force Headquarters. Before I was let in, I was disarmed by the military personnel who were there waiting for me. They seized my weapons a gun and a pistol.

They also went ahead to remove my boots, belt and cap before I was marched bare footed before the Inspector General who was sitting in company of the new Head of state, General Ironsi.

General Ironsi asked again “How did you know him”? and I said “ well I had worked with the Sardauna of Sokoto as his Security officer, and Sardauna and Balewa were very close, and I knew the Prime Minister very well”.

I was marched out, and General Ironsi directed I should be detained at the Naval Base, Apapa, but the IG told him that “if you wouldn’t mind we can put him in detention here in our own custody and produce him at any hour you want him.’‘ General Ironsi accepted the IG plea, and I was hounded into detention at Yaba Police station.
At about mid night the ADC to the late Prime minister, Mr Kaftan ,and the then Madaki of Bauchi who was an in-law to Alhaji Tafawa-Balewa came with an ambulance and a truck full of coffins, secured my release and directed I should lead them to the spot where the corpses were.

What happened in the forest?

We saw the mangled body of the prime minister crumbled under a tree, his cap (zanna) was lying by his right side. He wore a pure white guinea brocade gown which had already changed colour. As a result of advanced decomposition, numerous worms were coming out from his body.

We rolled over a white cloth, and had to bring my weight on his knee in order to straighten it to get a perfect position. We attended to the prime minister body first before others, and I marked his coffin with an Arabic inscription to avoid mix up. We conveyed his remain to the VIP section of the Ikeja airport where there were two waiting aircraft.

The Prime Minister’s corpse was placed in the baggage compartment of one of the aircraft which was also conveying members of his immediate family back to Bauchi for burial.

In Bauchi we took the corpse to his family house. No one could perform the ritual of washing the corpse as stipulated by Islamic injuction because it was already decomposing, water was simply sprayed on it and final prayers offered before he was laid to rest. After the burial, the IG directed that I should proceed on annual leave, which I did.”

A devout Muslim, Babankowa was buried in his village, Ringim, in Jigawa State on September 9, 2015.

Why We Agreed to Suspend Strike, and What We Will Do If Betrayed – ASUU Releases Statement