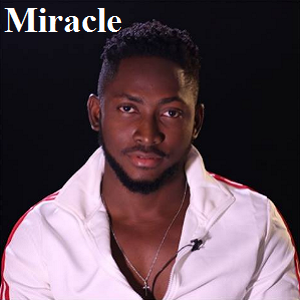 Celebrities, have been reacting to Miracle’s victory at the Big Brother Naija 2018, and Bounce News brings to you some of the things they said on social media.

Celebrities have reacted to Cee-c emerging second and Miracle eventually winning the 2018 edition of the Big Brother Naija show.

At the grand finale, he also won one million Naira for having the total shortest time for the Payporte games.

Reacting, the celebrities who have been following the show from the beginning wrote on their social media pages:

it’s all a game no hard feelings. The best man won. #BBNaija

it’s all a game no hard feelings. The best man won. #BBNaija

#BBNaija what a MIRACULOUS SHOW

How I Fell In Love & Married SHINA PELLER 13 Yrs Ago