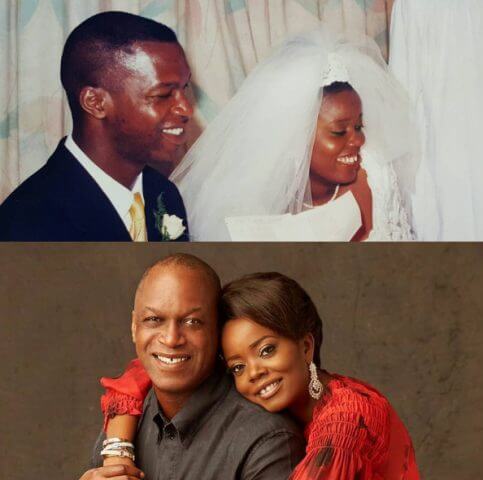 Chairman of Megaeletrics owners of Beat FM and its sister radio stations, Chris Ubosi is celebrating his 20th anniversary with his wife, Ijeoma today 5th of April.

In his anniversary message to his wife, he wrote:

’20 years ago, full of smiles, Ijeoma Ubosi and I got married. Today, by HIS Grace, my (obviously) better half’s love and 3 wonderful kids later, there’s still so much smiling and joy between us. I am deeply grateful. Thank you dearest Ije. Happy 20th Anniversary and Here’s to the next 50years. Thanks to all of you who have journeyed with us. The Almighty God will meet you all at your points of need’.

The 50-year-old entrepreneur and his wife are blessed with 3 lovely kids.