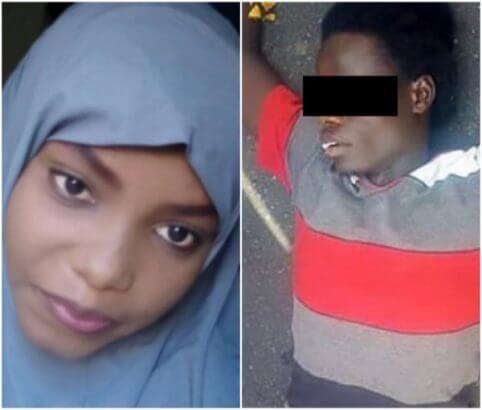 A leader of the Shia Muslim identified as Sunusi Abdulkadir and a female member of the sect Husseina Nalado, who is also a student of Civil Engineering department of the Bayero University in Kano, have been allegedly murdered by mobile policemen in Kano state.
Reports have it that trouble started after the police intercepted the annual Arbaeen annual trek performed by Shia members at the popular Lado overhead bridge along Zaria road in Kano metropolis.
The policemen allegedly stopped them by firing teargas and live bullets. Many people sustained injuries in the incident.
Kano is among the states that have outlawed the activities of the group.
Ibrahim Zakzaky, leader of the sect, has been in detention since December 2015 when his followers clashed with some soldiers. All pleas from his members and human rights organizations for his release have fallen on deaf ears as the government of Muhammadu Buhari refused to let him go.
Beautiful Undergraduate Student and Shia Leader Allegedly Killed by Police in Kano was last modified: November 6th, 2017 by Arinze Ago

BVN: Scammers Go On The Rampage With Fake Text Messages