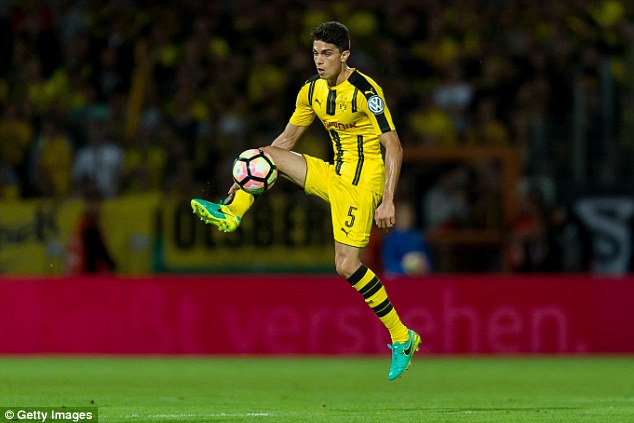 Borussia Dortmund defender Marc Bartra has sent a message of gratitude on his Instagram and Twitter accounts following Tuesday’s terrorist attack on the team’s bus.

One explosion shattered the bus window and injured Bartra, who underwent surgery on his wrist on Tuesday evening.

The centre-back posted on Instagram and Twitter on Wednesday, saying he was doing “much better” and thanking fans for their support.

Hola a todos! Como veis ya estoy mucho mejor, muchas gracias a todo el mundo por los mensajes de apoyo! Toda mi fuerza a mis compañeros, afición y todo el @bvb09 el partido de esta noche! #HejaBVB Hello everybody! As you can see I am doing much better. Thank you everybody for all your support and your messages! All my strength to my team mates, supporters and fans and to @bvb09 for tonight's match! #HejaBVB

Hello! As you can see I am doing much better. Thanks for all your messages! All my strength to my team mates, fans and to @BVB for tonight!