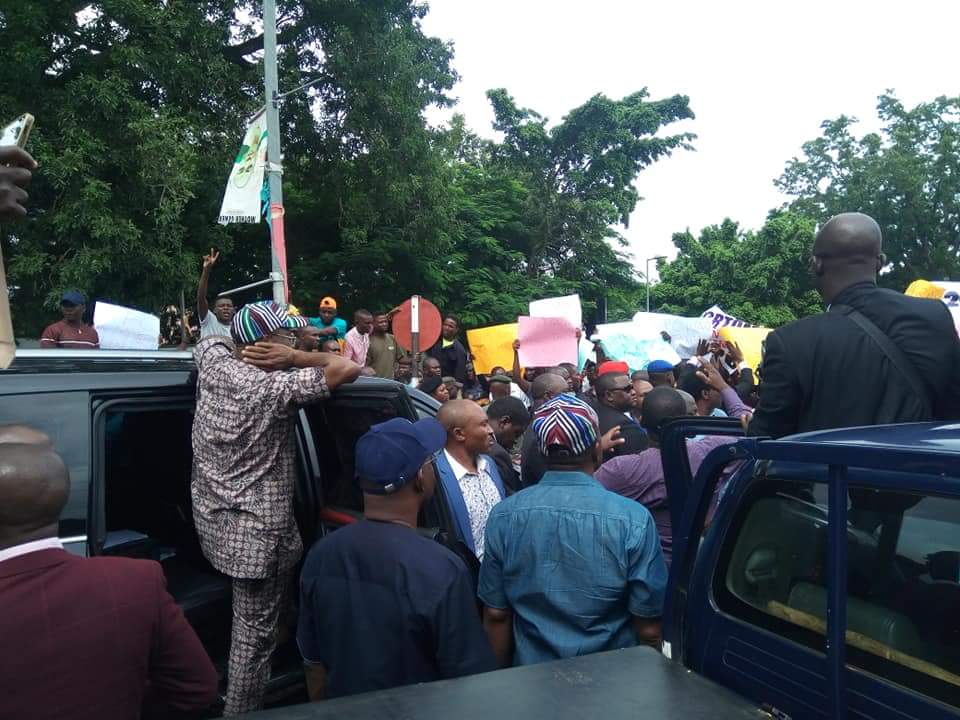 The convoy of Governor Samuel Ortom of Benue State, was on Wednesday forced to make U-Turn, after some angry youths in Makurdi barricaded the main road.

Ortom was on his way to Abuja, for the follow-up talk with the leadership of the All Progressives Congress (APC) on the peace deal offered by its National Chairman, Comrade Adams Oshiomhole.

Sensing that the Governor might have a change of mind after the Abuja meeting and would possibly return to APC, the youths blocked the main road with various inscriptions, urging Ortom not to go to Abuja.

An eyewitness account by Nelson Ogbu, says “The youths angrily removed the APC flag on the Governor’s vehicle and asked him to go back to Government House, threatening to vote him out if he insists on going to Abuja for the meeting”.

The Governor was said to have pleaded with the youths to allow him attend the meeting, assuring them that their interest would be protected.

“But the youths, however, refused, insisting that, the only option available to them was for the Governor to make a u turn”, the source added. 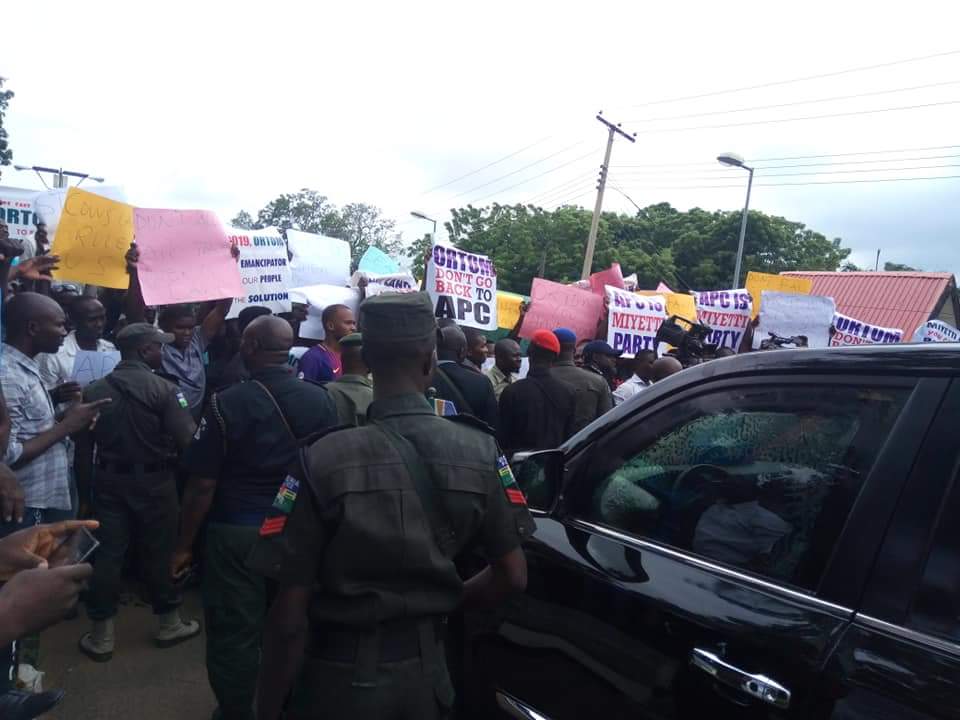 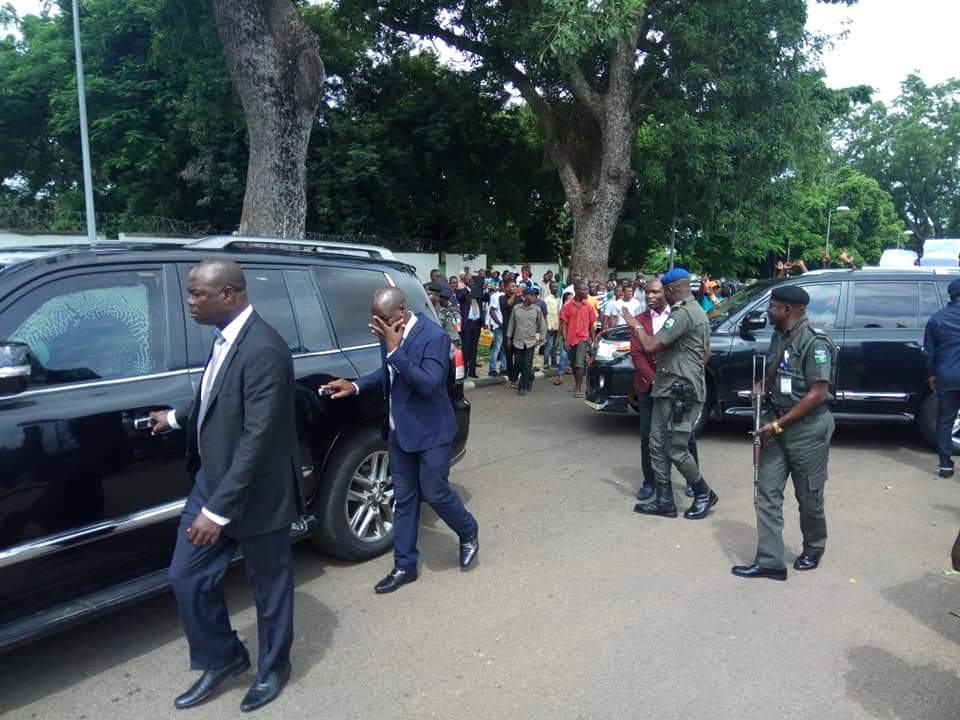