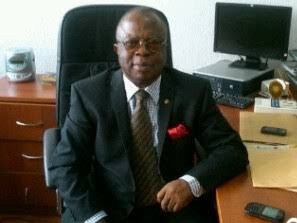 Former NAICOM Boss Dipo Bailey Is Dead. He passed away @ 74. He has been sick for a while. He suffered Stroke years back. A prominent Ijebu chief, (Dr) Sir. Bailey was a London trained insurance professional of many years and a former Commissioner for Insurance. He held an honorary doctorate degree in Business Administration, which was awarded him in recognition of his immense contribution to the Insurance industry in Nigeria.

A quintessential insurance technocrat, Chief Bailey served several professional bodies in the following capacities:
– Past President of the Chartered Insurance Institute of Nigeria and Council member for over 30 years; President & Chairman in Council of Institute of Loans & Risk; Management Council member – NCRIB; Founder, Past President and Grand Patron of RIMSON; Past Chairman – Association of Insurers and Reinsurers of Developing Countries and Association of Insurers Supervisory Authorities of Developing Countries

He was a Knight of Saint Christopher and a recipient of many national merit awards.
He was happily married and blessed with children.