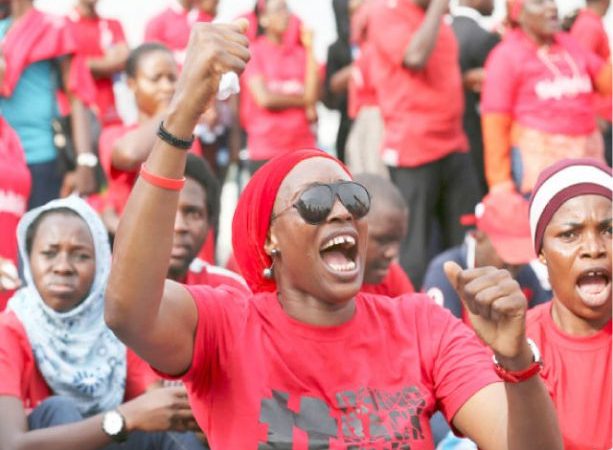 The #BringBackOurGirls group (BBOG) group has stated that it won’t stop demanding until the remaining 195 girls are rescued.

In a press release signed by the leaders of the group, Dr Oby Ezekwesili and Aisha Yesufu, the group therefore called on the federal government to accelerate the effort of the rescue operation of the girls.

“Today as we ponder the colossal tragedy of the non-return of 195 of our girls on day 1000 of daily #BringBackOurGirls advocacy, we renew our commitment to never stop demanding until all the remaining 195 of our missing girls are rescued.

“It is why we today ask the federal government to accelerate the effort it assures is being made to successfully negotiate the release of another set of 83 of our ChibokGirls,” it said.

The group also added that it will not wish to see Day 1100 without all our ChibokGirls back.

Recall that the group has called on the federal government to work towards securing the release of the 83 Chibok girls it promised would be release soon.

The group said it wondered what exactly the government of the day is doing, adding that, “We don’t know whether Nigerians should take the silence around the return of the 83 girls to mean that the negotiations with the said Boko Haram leadership have broken down or what.”

Nigerians criticise lady who claims she is 17 years old

WHO commends Nigeria on swift response to...

This Man Has Had Sex With Up...