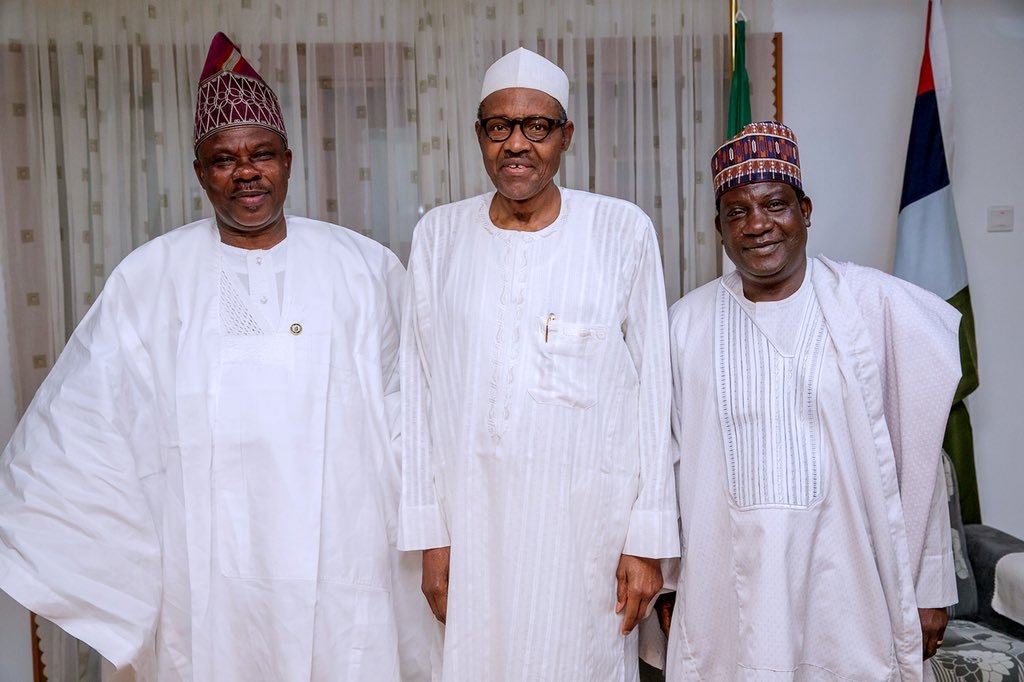 Gov. Ibikunle Amosun on Tuesday visited the Presidential Villa, Abuja, where he met behind closed door with President Muhammadu Buhari for about two hours.

Amosun had on Thursday met separately with President Buhari and Vice-President, Yemi Osinbajo over political happenings that trailed the conduct of the All Progressives Congress primaries in Ogun.

The APC National Working Committee panel sent to Ogun State for the conduct of the governorship primary had on Wednesday night declared Prince Dapo Abiodun as the party’s governorship candidate in the 2019 general elections.

The declaration came some hours after the state chapter of the APC declared Amosun’s preferred candidate, Adekunle Akinlade, as the governorship candidate of the party.

The governor had at the weekend accused some political interest group of ‘misinforming’ President Buhari about the political situation in Ogun.

Amosun, who made the accusation on a national television during the live coverage of the APC senatorial primary in the state, vowed that Akinlade, would emerge victorious at the end of the political dispute.

Buhari, Amosun in another closed-door meeting was last modified: October 9th, 2018 by Reporter