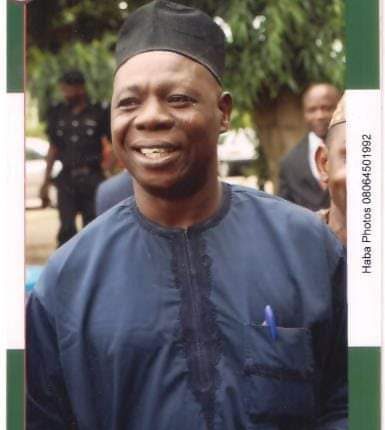 Adeyanju was a political ally of Senator Buruji Kashamu, who also died today.

An Ogun State PDP faction Publicity Secretary, Mr. Sunkanmi Oyejide, who announced the death of the former national officer, said Alhaji Adeyanju died at the Federal Medical Centre, Idi-Aba, Abeokuta, and was buried according to Islamic rites on Saturday 8 August, 2020.

Mr. Oyejide described the death as a great loss to members of his immediate and the political family in Ogun State.

A factional chairman of Ogun State PDP, Chief Samson Bamgbose also in a statement made available in Abeokuta, described the late Alhaji Adeyanju as a gentleman and loyal party man who was committed to the unity and progress of the party.

Chief Bamgbose said the former national auditor was a peacemaker and a friend.

He prayed to God to grant him Aljanah Firdaus.