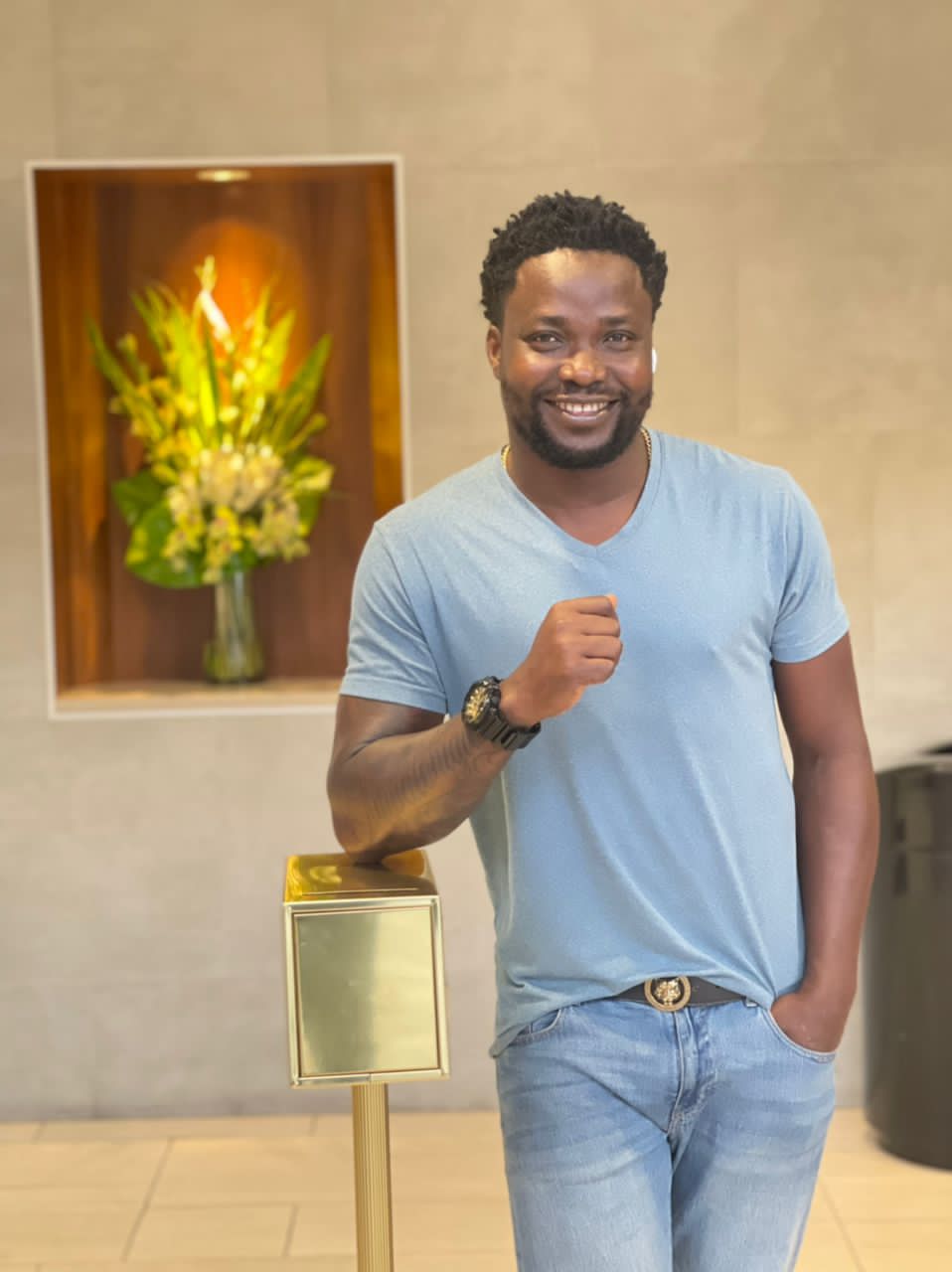 Everyone calls him Ose Omobanke. But his really name is Olusoji Ibukun Taiwo. Some even call him Ose Ose Omobanke, Mr Thank U

A few years back ,he suddenly dropped off the scene.He relocated to the US where he has been based since then. And the interesting is that though he lives in the US,he has continued to contribute his own quota to the industry that has brought him fame.
How did he start acting?

“I started my acting career from Abeokuta with Samma and shortly when I moved to Lagos I joined Korede Films Mr Sunday Soyinka.

He has been acting for how long?
“Over two decades,he explained.

How challenging has it been acting in the US “This is my call and it has been in the blood, I Just have to keep going anyhow. Its really not easy but God has been my pillar

Where was he born? Where did he grow up?
” I was born in uta.I attended Baptist Boys High School Abeokuta, after which i left for Lagos to start my movie career.

Celebrating US Based Actor Soji Omobanke was last modified: October 13th, 2021 by Reporter