Charly Boy Embarks on Another Protest for Diezani’s extradition 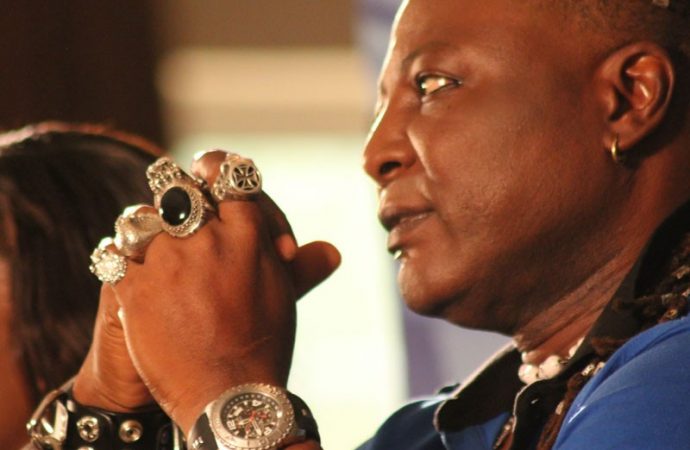 Charles Oputa, popularly known as Charly Boy, will on Monday lead a protest to the headquarters of the Economic and Financial Crimes Commission (EFCC) in Abuja to demand the extradition of Diezani Alison-Madueke, former petroleum minister, from the UK to Nigeria.

The entertainer disclosed this in a statement signed by him and Deji Adeyanju on Thursday.

A few days ago, he led a series of protests to demand that President Muhammadu Buhari either resume office or resign.

In one of the protests, his group – Our Mumu Don Do – was attacked by hoodlums at Wuse market in the federal capital territory.

Alison-Madueke has been linked to several corruption cases in Nigeria. Some pieces of property she allegedly owned have also been seized by the government.

But the former minister insists that she has no case to answer and that the pieces of property linked to her were not hers.

“Following recent mind-boggling allegations of corruption and wanton looting of public funds and the collective patrimony of Nigerian citizens by the former minister for petroleum, Mrs. Diezani Alison-Madueke, we call on the Economic & Financial Crimes Commission  (EFCC) to apply for her extradition from the United Kingdom to face prosecution in Nigeria,” Charly Boy said in the statement.

“It is therefore unimaginable that the federal government is not pushing for Mrs Alison-Madueke’s extradition to face punishment for her alleged crimes.

“In this light, we will be holding a two-day sit out in front of the EFCC headquarters to demand that the federal government applies for her extradition and prosecution in Nigeria.

Charly Boy Embarks on Another Protest for Diezani’s extradition was last modified: August 24th, 2017 by Arinze Ago