Couple beheaded while working on farm over Ebonyi/Benue boundary dispute 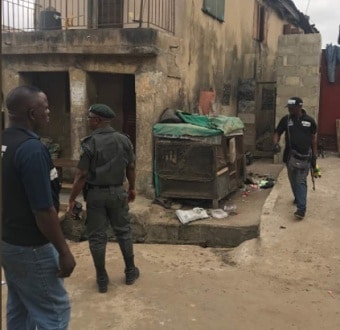 The Ngbo and Agila inter communal crisis has claimed two more lives following the murder of one Joseph Omah, and his wife, Angelina.

The people of the area and their neighbours of Agila in Benue State have been at war for years over boundary matters with many killed and property worth millions of naira, destroyed.

Until the killing at the weekend, the two communities had enjoyed relative peace following a peace meeting midwifed by the two state governments three years ago.

The people returned to trenches with the murder of the Omahs. The man and his wife were killed in their farm located at the boundary area between the two states. The assailants also cut off Joseph’s head.

There have been rising tension in the two warring communities following the renewed violence.

A witness, Sunday Onwe, told our correspondent that he was in his farm when he heard gunshots and when he approached the scene, he saw the decapitated body of Jospeh aka Ode Nwaoma and that of his wife.

He added that preliminary investigations conducted by the people of the community showed that the attackers were recruited in Agila by a factional community leader who was hell-bent on creating disaffection between the two communities.

Mr Onwe called on the state government to intervene in the matter to prevent the matter from degenerating into clashes.

Meanwhile, the deputy governor of Ebonyi State, Kelechi Igwe, has appealed to the people of Ekwashi community in Ohaukwu Local Government Area of the state not to engage in a reprisal, following the killing of the couple.

He made the appeal on Tuesday when he visited the community to console with them over the gruesome killing of the couple, Mr. Ogwa Joseph and his wife, Angelina in their farm.

Mr Igwe described the killing of the couple as barbaric and unfortunate, coming at a time the state government had made reasonable efforts to restore peace in the area, blaming discrimination for the incessant attacks on Ebonyi people along boarder areas and warned that the era of looking down on Ebonyi was over.

He, however, assured the people that governor David Nweze Umahi-led government would strive to protect them from further attacks while efforts would be made to liaise with Benue State government to bring lasting peace

Chairman of the council, Clement Odah told the Deputy Governor that the couple were killed last Friday, with their bodies mutilated, saying the visit was timely as it would further encourage the people not to take reprisal as an option.

Also speaking, president of Ndigbo Leaders Council, Sunday Elom, said their Benue neighbors were in the habit of attacking the community, saying that the community as law abiding citizens would rely on government and other relevant agencies to resolve the crisis.

The slain couple left behind six children, including a one year-old baby.

The people of Ekwashi Ngbo in the area and their neighbouring Agila had been at war with each other for decades over boundary matters.

Christians Have A Right To Defend Themselves – PFN President, Felix Omobude