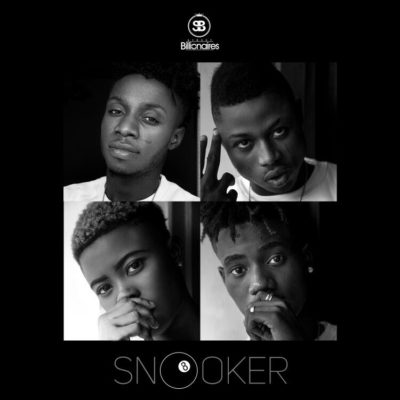 They are hot and fresh and we like to call them the New kids Around the Corner, that’s because they just a stone throw away from us. Street Billionaire did us like a surprise when they dropped their collective effort, Snooker. The combination of Gbafun, Candybleaks, Lemon and Ijay on the track sure spoke volume of what is to come from these new kids under the tutelage of Choc City’s finest producer – DonL37, but that’s not even what stays most intriguing; these kids were hustlers picked from the streets, groomed together to make good music. That’s why they would be opening the stage at the 1st of its kind City People Music Awards 2017. Expect Fire. But that’s not all; Tony Okoroji’s Entertainment outfit also has something to offer. The TOPS AllStars which comprises of Kasi – The June 12 Girl, G-Wilz who is lyrically licensed to kill, Kul-GP, Dolzi and Milky X would also open the show alongside the Street Billionaires. It’s going to be an array of wild stage rocking as the best and only the best is been lined up for the evening of musical wonder.