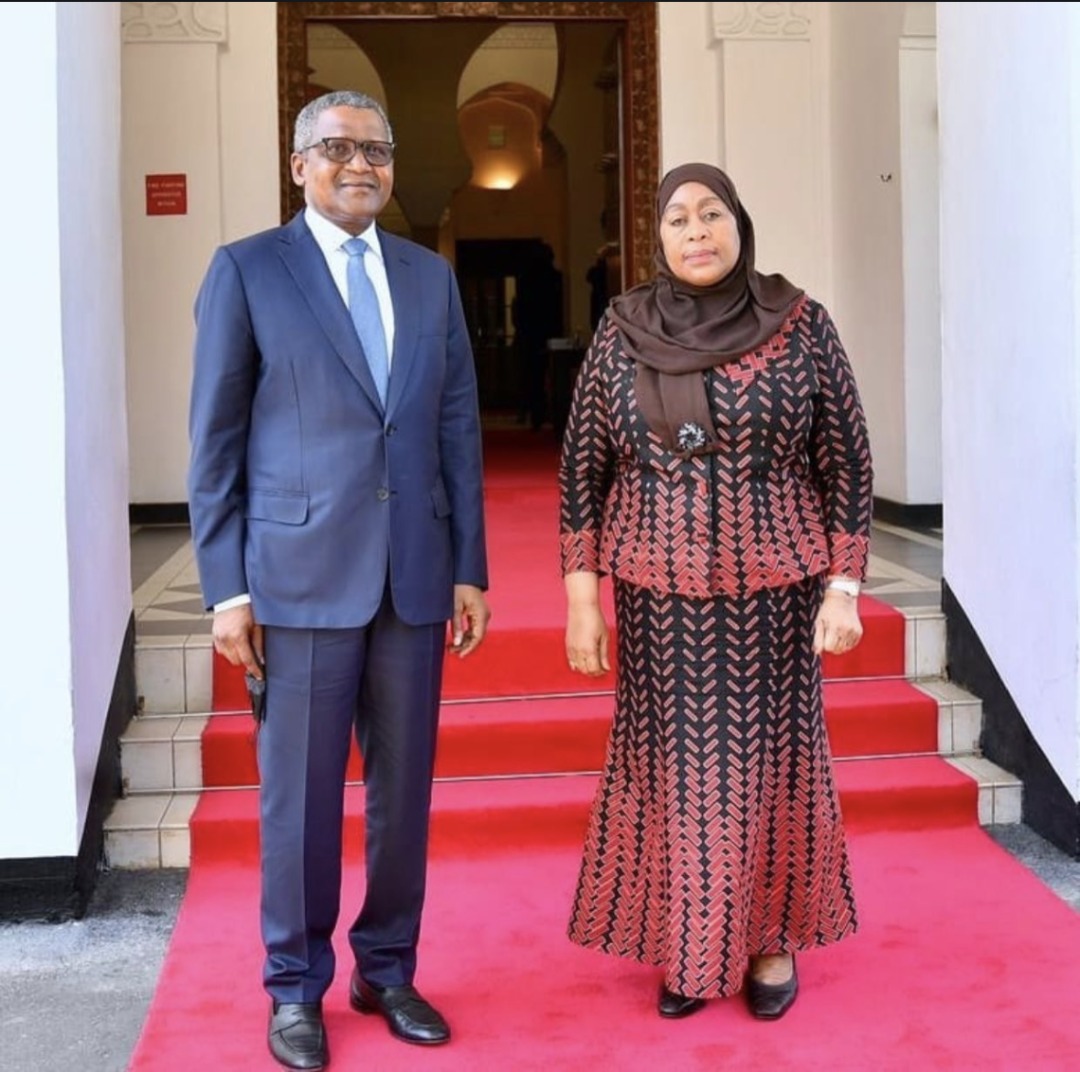 President of Dangote group, Aliko Dangote on Monday assured the new President of Tanzania, Samia Suhulu that Dangote group will increase its investment in the country and inform investors all over the world, that Tanzania is now a place to invest. Dangote currently has invested about $770million in Tanzania.

He lauded the new President investors’ friendly policies since she assumed office and insisted that while the Government’s role is to provide a conducive environment for investment, it is the role of private sectors to create jobs that will eventually lead to the growth and development of any nation.

Dangote said: “I congratulate her for the shift changes that she is doing here in Tanzania and also to assure her that we will continue to invest in Tanzania to help create jobs, wealth and prosperity for the people of Tanzania. I think she needs that support and we have reassured her that we will continue to establish here in Tanzania to support what she is doing…she can only do policies, it is not the job of government to create jobs. We will help her to invest and create jobs in Tanzania. We are looking at other areas, maybe fertilizer and other investment opportunities here in Tanzania but you can be rest assured that, with the discussion that we had with her, we will look for other opportunities to help her to make sure that this her vision and dream will come through.”

Promising to be a talk to investors about the prospects in Tanzania, Dangote said “I think the business environment here has changed dramatically, I mean, things are opening up and I can assure you that not only here in Tanzania, but I will now be the champion of Tanzania wherever I go and tell people that things have changed and that everybody should come back and invest heavily here in Tanzania”

President Samia praised Dangote for his significant investment and assured him that. Her led government will make sure his investments and that of other investors are protected and supported for the benefit of both parties.

Dangote’s 3.0Mta plant in Mtwara – about 400km from Dar es Salaam – was commissioned in December 2015 and is the largest cement factory in Tanzania. With about 500 million tonnes of limestone reserves, enough for 149 years, the plant is capable of producing large amounts of high-quality 32.5 and 42.5 grade cements to meet local market needs at competitive prices, as well as surrounding export markets by sea.

It would be recalled that Dangote in 2019 said his cement company was able to sustain 54,000 jobs in four African countries, where the company has its operations. The countries were: Nigeria, Ethiopia, Senegal, and South Africa.

Dangote Group is the highest employer of labor in Nigeria, outside the Federal Government, and with its Refinery project coming up, the company will have more than 100,000 Nigerians under his employment.

YK @ 60: Salute to the heartbeat of Afrobeat By Lanre Arogundade