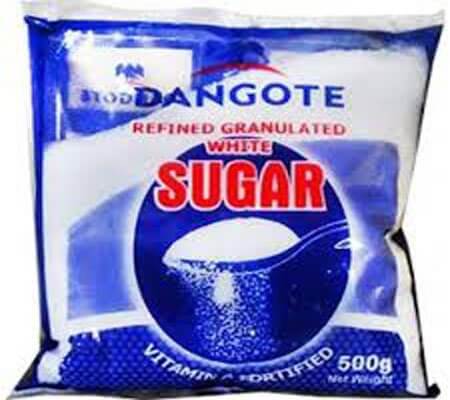 The Sugar market is, no doubt, a huge one in Nigeria as most meals need its sauce to add flavour to them. There can be no bread, pastries, cakes, cereals, ice cream, beverages and a host of other edibles without the addition of sugar. There are a handful of sugar brands that are popular such as St. Louis Sugar in Nigeria because this brand has been selling cube sugar for more than three decades now and it is still waxing stronger by the day. It’s a Nigerian brand owned by a German company.

You will be hard pressed to see a St. Louis sugar billboard, TV advert or print advert. I don’t think I have ever heard a St. Louis radio jingle before, yet the brand is insanely popular.

There have been a host of other brands in the sugar market. They include: Dangote, Dogan’s sugar cube, Mc Nicholas and others, but none has been able to match the strength of St Louis, according to a recent market survey carried out by City People’s Brands and Products.

Surprisingly, the research showed that the product has already been reportedly banned from the country, yet it enjoys acceptability and access into the country through unknown channels.

The Executive Secretary, National Sugar Development Council (NSDC), Latif Busari, in a chat with the media lamented that the continued smuggling of St Lous sugar into the country has posed a hindrance to local producers, who are struggling to have a grasp of the market.”

There is no gain saying that those who engage in illegal importation of this banned product are daily inflicting incalculable damage on local producers of the same commodity in the country. Government cannot afford to look the other way, while economic saboteurs, who come under the guise of businessmen, continue to frustrate genuine efforts geared towards building our economy.” He said

He said“Regrettably, despite sustained efforts by the NSDC and other government agencies to protect the interest of local investors in the sugar industry by strictly enforcing the ban on importation of packaged sugar, we have discovered that different brands of the product still line the shelves of big retail outlets and wholesale stores across major cities in the country.”

He said: “Since the ban was announced, Sugar Council has engaged the major importer of the St. Louis brand that even though Nigeria has been importing the brand for over 53 years, it is time it started its local production in the country if they wanted Nigerians to be consuming it. They sought and procured an exemption for 18 months to enable them

They sought and procured an exemption for 18 months to enable them go into partnership with local producers. But two years after the expiration, of the exemption, they did not set up any production facilities and while they claim to have stopped its importation, we continue to see the brand of cube sugar in our markets.”

Nigeria discriminates against imported refined sugar to boost its local production in the country. Imported refined sugar faces a 35% tariff, while raw sugar to be refined locally faces a 5% tariff. Local refiners also get a 5-year tax break. This makes local brands more affordable and ultimately enjoy higher demand than the imported brands. Currently, a 500-gram pack of St Louis Sugar sells for N370, while a similar pack for Dangote sugar sells for N250. However, the locally made sugar is yet to enjoy the wide range of fame St Louis has garnered making it a threat to other competitors despite government policies at their advantage.

In an exclusive chat with Vanguard, Dangote’s Acting Group Managing Director, Abdullahi Sule, said: “We are more interested in large volume business. That is why we are not in that market. However, we have partners in the cube business that buy granulated sugar from us and cube them. So, there are small companies that are doing that, and when you ask them, they will tell you clearly that it does not require a big amount of money.”

So, the total cube sugar market in Nigeria is not more than 250,000 metric tonnes because even when St. Louis was bringing them in, there were one or two local companies that were also making their cubes. So, if you look at the total of what is consumed as cube sugar in Nigeria, it is not more than 250, 000 metric tonnes maximum in the country,” he said. The company has so far invested over N400 billion in sugar backward integration projects under the Nigeria Sugar Master Plan ((NSMP) being implemented by the National Sugar Development Council, to make the country self-sufficient in sugar production. A breakdown of the

A Nairaland user, an online platform, where Nigerians share ideas, Mr Ayomide Biobaku said; St. Louis sugar’s market share is too big for a new sugar company to pose a serious threat. Nigerians trust the St. Louis sugar brand. It has passed through two generations. It is part of us and our culture. Little boys use the blue boxes of the sugar brand as goal posts when playing table football.

Shehu Sanni, a tea and noodles vendor in the suburb of Lagos, while responding to questions from our reporter said “For me, I use both Dangote and St Louis because some customers like cube sugar instead of the measured ones.
A shopping mall attendant, who pleaded anonymity said demand for “St Louis’ is always very high and still high in the market as I speak with you. It’s as if as if Nigerians cannot be separated from it and if you don’t have it, you may likely lose their loyalty, so we have to do all we can to ensure we have it stocked.”

With an obvious demand for cubes in the sugar market, it baffles us that Nigeria’s biggest sugar producer left a chunk of the market to other brands such as Dogans and Mc Nicholas, but both still cannot pull the strength of St Louis.

Why I Went Into Gospel Music- Bisola Testimony