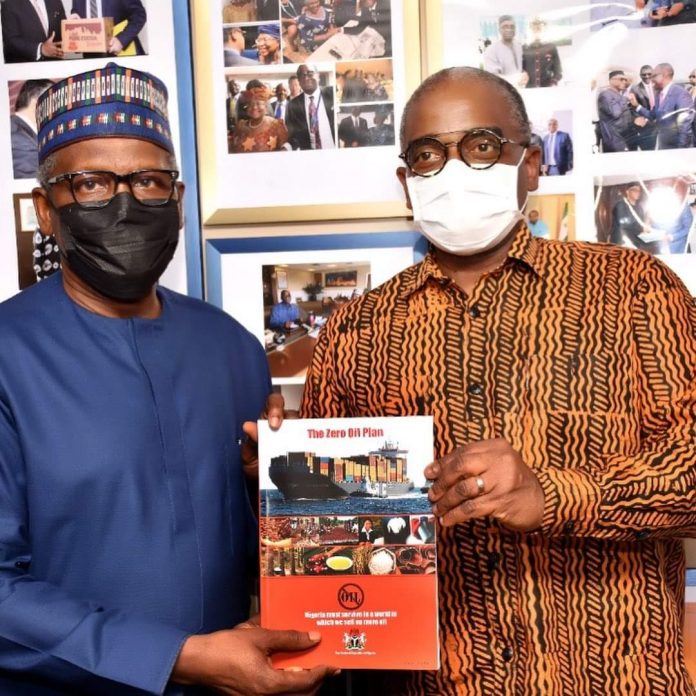 The business mogul Alhaji Aliko Dangote the President/ CEO of Dangote Group , one of Nigeria’s foremost industrialists and Africa’s richest man paid  a visit to the Export House the headquarters of the Nigerian Export Promotion Council NEPC to congratulate the Chief Executive Officer of NEPC Barrister Segun Awolowo on his election as the first President of the ECOWAS Trade Promotion Organization Network.

He was pleased to meet with Dr Afua Asare the CEO of the Ghana Export Promotion Authority Ghana , Mr Guy M’bengue the CEO of the Association for the Promotion of Exports of Côte d’Ivoire (APEX-CI), International Trade Centre Executives, the Management team of NEPC and EEF team members.

Dangote was particularly impressed with the creation of such a network as he acknowledged that the facilitation of efficient regional trade promotion is the bedrock of the growth of resilient international trade and key to national revenue generation.

He lauded the progress of the Council in the dedicated promotion of Nigeria’s non oil exports especially through the numerous initiatives and work streams of the Export Expansion Facility Programme EEFP in strengthening the Nigerian non oil exports ecosystem .

He then called for the concerted efforts of the executives of the ECOWAS TPO Network to strengthen and establish strong trade relations between member states in order to create an enabling environment for intra- regional and intra-African trade to thrive.