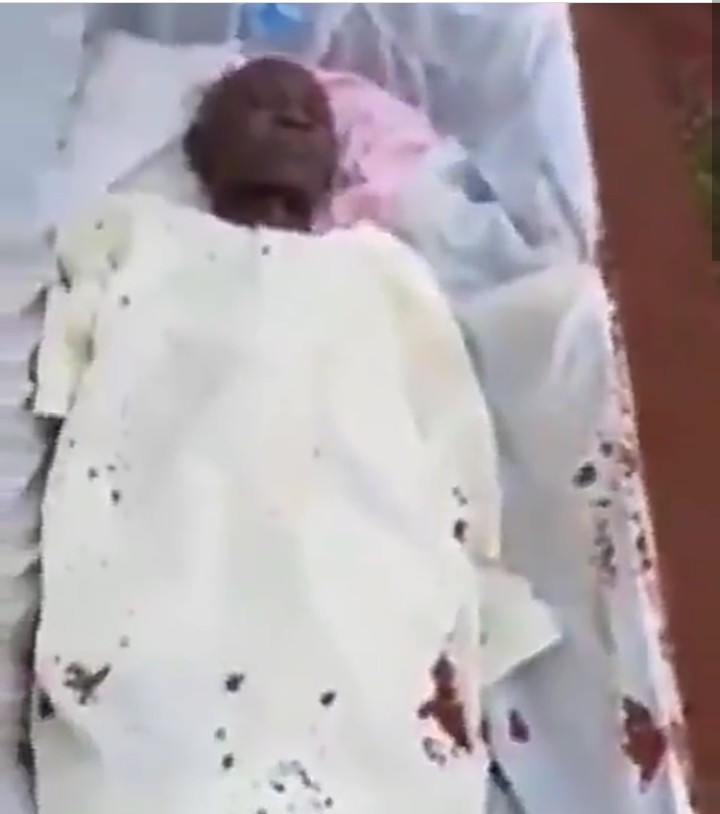 Villagers in Umuoji, Amucha, Imo state, were left in shock when the corpse of a dead man was exhumed and they discovered he was still “breathing” and his body was yet to decay.

In a video shared online, a crowd is seen gathered around a casket with the body of a dead man inside it.

“Since I was born, I’ve never heard a thing like this but now I’ve seen it with my two eyes. Abomination,” the man filming is heard saying.

The man filming explained that the man’s corpse was exhumed because the land he was buried in is someone else’s.

The video shows the casket housing the corpse has already been eaten by insects. However, the man’s body is still intact and has shown no sign of decay. Those gathered round the casket commented on this too.

The daughter of the deceased man was later invited and the casket was opened for her to identify her father.

Dead man “breathing” after his corpse was exhumed one year after death was last modified: November 2nd, 2020 by Reporter

If You Continue To Ignore These 5 Things, Success Will Surely Ignore You