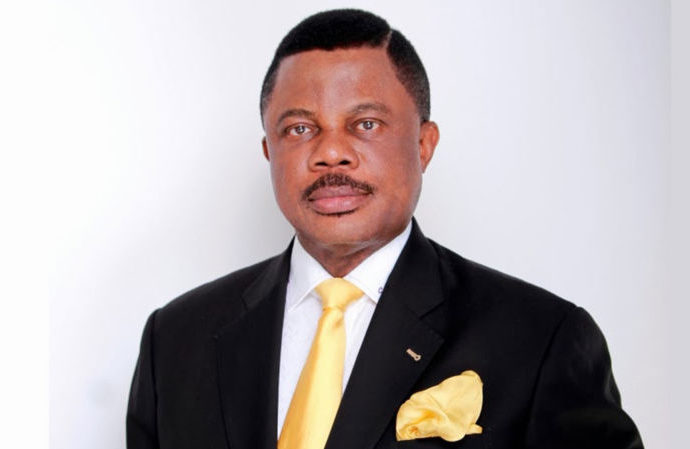 Anambra State governor, Willie Obiano has denied allegations that he sponsors the Indigenous People of Biafra and the Movement for the Actualisation of a Sovereign State of Biafra.

In a statement by his Senior Special Assistant on media and strategic communications, Oliver Okpala on Tuesday, Obiano described the allegations as false.

There had been reports that Obiano gave two SUV cars and cash of $50,000 to the IPOB leader, Nnamdi Kanu after his release.

But the governor’s spokesman denied the allegation, stating that it was aimed at heating up the polity.

He said “Most worrisome and satanic is the allegation that the Governor gave cash donations and SUV vehicles to the organisations and its leaders.”

He said the governor has been managing the State’s scarce resources perfectly.

He added that “Overheating the polity when INEC electoral timetable for Anambra state says campaigns would commence in August is a clear indication that some politicians in the opposition are not prepared to play by the rules”.

Okpala added “Our decision as law abiding citizens to play politics according to the rules and to eschew bitterness, falsehood and indecent approach to political issues should not be taken for weakness as nobody has a monopoly to the articulation of dangerous propaganda as an instrument of political warfare.

“Certainly if these pleas are not heeded, we shall not have any alternative than to return fire for fire as a word is enough for the wise”