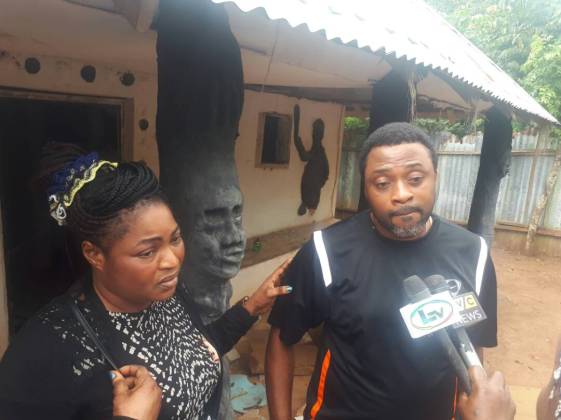 A couple were on Tuesday rescued from the hands of a ritualist at a shrine in Ikorodu by the Commissioner of Police in Lagos state, Edgal Imohimi, on Tuesday September 19th.
It was gathered that the couple had reportedly gone to the town for spiritual help but on getting there, they met with the herbalist, Adedeji James, who had an ulterior plan to use them for ritual purposes. They were forcefully held hostage by James. Help came the way of the couple when the state police commissioner got a tip-off and swung into action. The police raided the shrine and rescued the couple. The three shrines were yesterday demolished by the police.