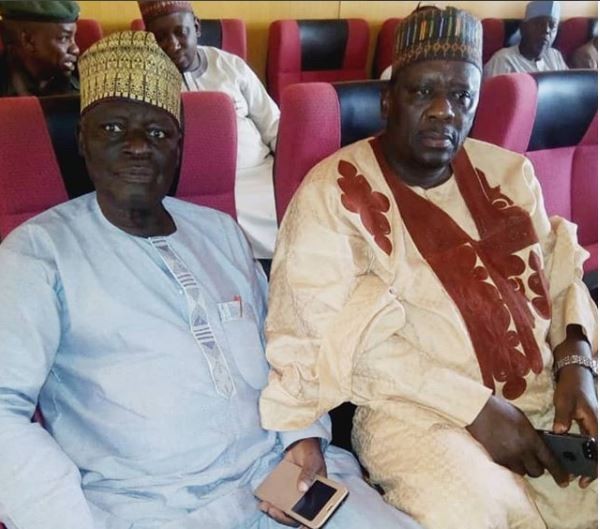 The duo were alleged to have on the 27th March, 2015 visited Fidelity Bank Plc Gombe Branch where they signed and collected the sum of Four Hundred and Fifty Million Naira Only (N450, 000, 000) after presenting a photocopy of their identification cards.

The money was suspected to be proceeds of illegal acts. Specifically, Senator Kumo took the sum of One Hundred and Eleven Million Naira (N111, 000, 000) out of the Four Hundred and Fifty Million Naira (N450, 000, 000) at the bank and instructed one Abba Sunday Agaba, the Fidelity Bank official to deliver the remaining balance of Three Hundred and Thirty Three Million, Five Hundred Thousand Naira only (N333, 500, 000) to the Cashier, Government House Gombe.

Investigation revealed that out of his share, Senator Kumo gave Two Million Naira only to Hon. Poloma, used the sum of Three Million Naira personally and failed to accounted for the remaining balance of One Hundred and Six Million Naira which was collected by him at the bank.

Count one of the charge read “That you, Senator Saidu Umar Kumo and Hon. Nuhu Poloma on or about 27th March, 2015 within the Jurisdiction of this Honourable Court did conspire between yourselves to accept cash payment of the sum of Four Hundred and Fifty Million Naira Only (N450, 000, 000) from one Abba Sunday Agaba a cash officer with Fidelity Bank, which exceeds the statutory limit authorised by law and thereby committed an offence contrary to and Punishable under Section 18 (a) and 16 (2) (a) of the Money Laundering Act 2011 as amended.

They pleaded not guilty to all the five count charge read against them. The Prosecution counsel, Israel Akande then prayed the Honourable Court for a date to commence trial