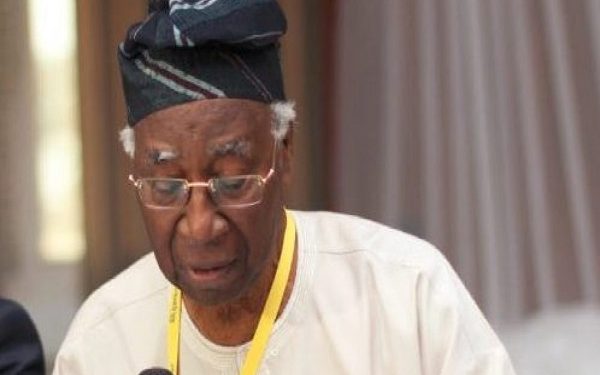 The late Akinkugbe, a foremost Nigerian professor of Medicine at the University College Hospital (UCH) in Ibadan, Oyo State, died on Monday in the ancient city.

The medical expert studied and taught at some of the world’s most prestigious universities, including the University of London, Balliol College, University of Oxford, England, and Harvard Medical School in Boston, the United States of America (U.S.A). He was Chairman of Vesta Healthcare Partners and Chairman of the Presidential Projects Implementation Committee (PPIC) on refurbishing of teaching hospitals in Nigeria.

The late Akinkugbe was also Chairman of the Board of Management of University College Hospital, Ibadan, and one-time Chairman of the Joint Admissions and Matriculation Board (JAMB).

Before hanging the stethoscope, Akinkugbe practised medicine for 60 years during which he pioneered the establishment of two critical clinics, one in hypertension and the other in renal disorders at the UCH, Ibadan. Both clinics were firsts in Africa.

After retirement, he established his own clinic, the Ibadan Hypertension Clinic, which he managed for 20 years.

A source privy to his death told The Nation that he died quietly in a private residence in Ibadan.

The family is yet to make an official statement. 