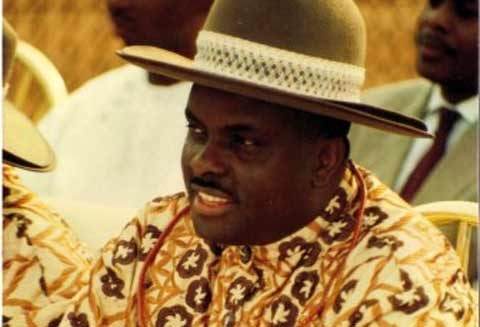 James Ibori, former governor of Delta state who just finished serving a jail term in the UK for fraud, has wasted no time in joining the social media – 24 hours after he returned to the country. 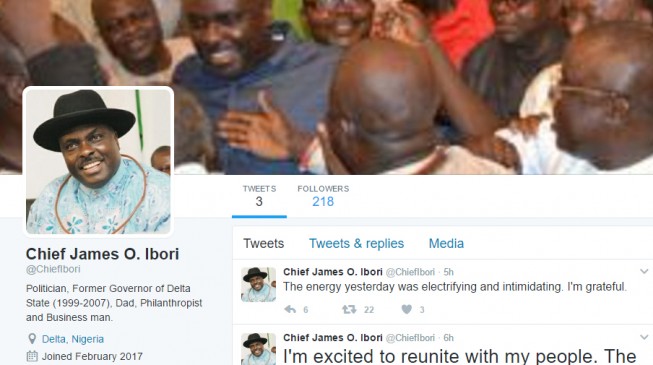 When he left Nigeria unceremoniously in 2010, Twitter had not become a social media monster in the country – and Facebook was more of a teenage market place.

On Sunday morning, Ibori sent his first tweet from the handle @chiefibori: “Good Morning Nigerians.” The time strap suggests it was tweeted at about 8:08am.

The next tweet, probably at 9:32am, says: “I’m excited to reunite with my people. The strength of any politician lies in hands of his followers.” He embedded a video showing the rapturous welcome he received in his home town, Oghara, in Delta state, on Saturday evening. Shortly after, he followed it with his third tweet: “The energy yesterday was electrifying and intimidating. I’m grateful.”

I’m excited to reunite with my people. The strength of any politician lies in hands of his followers.

We observed that as at 3:06pm, he already had 216 followers – while following nobody yet.

Ibori must know what he signed up for – literally – by now, with many Twitter users trolling him instantly.

I’m excited to reunite with my people. The strength of any politician lies in hands of his followers. pic.twitter.com/Y1vC1vwY9S

The energy yesterday was electrifying and intimidating. I’m grateful.

Another tweeted at him: “good morning, chief thief Ibori. How was the London prison term, sir?”

A word advice from another: “ur in the frigging wrong place man! Big mistake!”

It promises to be interesting, then. 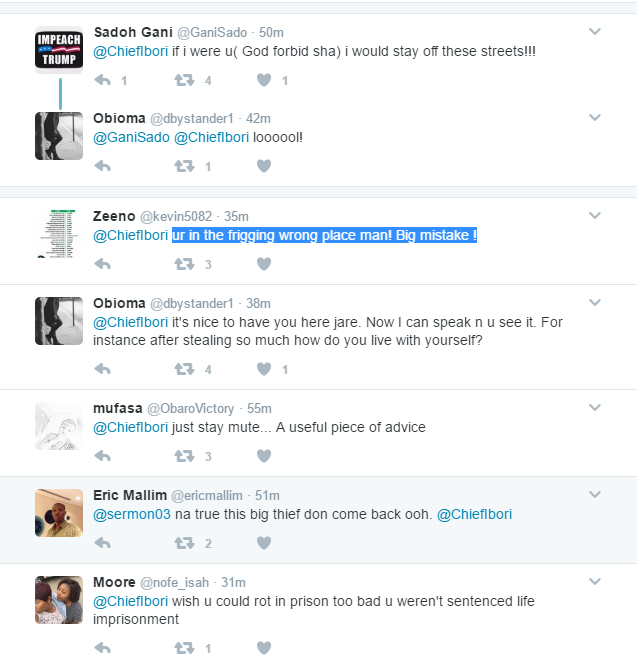