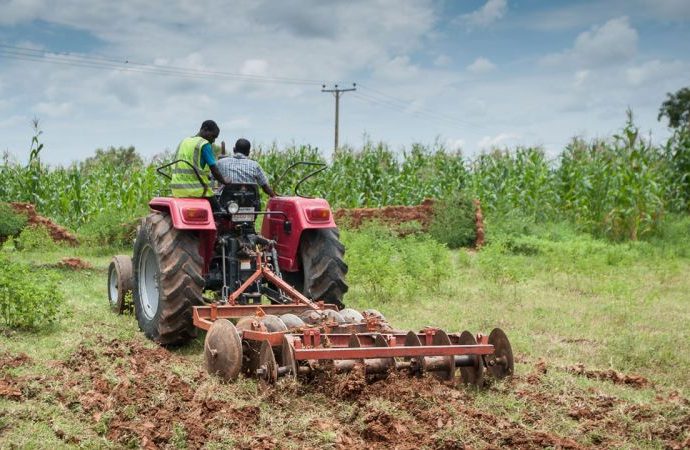 An economist, Mr Emmanuel Eze, has called on all tiers of government to urgently encourage more Nigerians into agriculture value chain businesses to contain any upsurge in inflation in future.

He said the advice was necessary because one of the causes of the rise of the country’s inflation was too much demand for forex for the importation of finished products.

He said since most of the finished products were in the agriculture value chain businesses, it was better the government encouraged more Nigerians into the ventures.

He said it was wrong for the country to rely always on high price of oil at the international market to contain the rise in inflation.

He noted that so long the oil price in the international market continued to rise, the inflation rate would drop domestically.

“This is because our country is an import-driven economy, so it is easier to stabilise inflation through proceeds from high oil prices.

“This is the time to produce surplus commodities locally that will crash the prices of goods.

“We have the capacity to change the narrative presently, considering our resilience and entrepreneurial drive among the youth.

“The agricultural value chain should be harnessed to address our quest for processed food,” he said.

He lauded the decision of the international oil cartel that exempted Nigeria from oil supply cut due to the country’s economic challenges.

He said that the decision of the cartel should be sustained to enable the country to regain its liquidity status to manage its dollar demand.

He reiterated that continuous investment in utilities would reduce the funds being expended on finished products, which had piled pressure on foreign exchange demand.

Eze commended the government for building and revamping ailing infrastructure, adding that the inflation rate would continue to slide downward if the tempo was sustained.

NAN reports that the National Bureau of Statistics (NBS) on Tuesday announced that Nigeria’s Consumer Price Index dropped to 17.24 per cent in April from17.26 per cent in March.

The NBS report said the drop, although minor, indicated that the price of food and non-food items had eased in 2017.

The drop marks the third consecutive month the inflation rate will fall.

Expert calls for more investment in agric value chain to tackle inflation was last modified: May 18th, 2017 by Arinze Ago