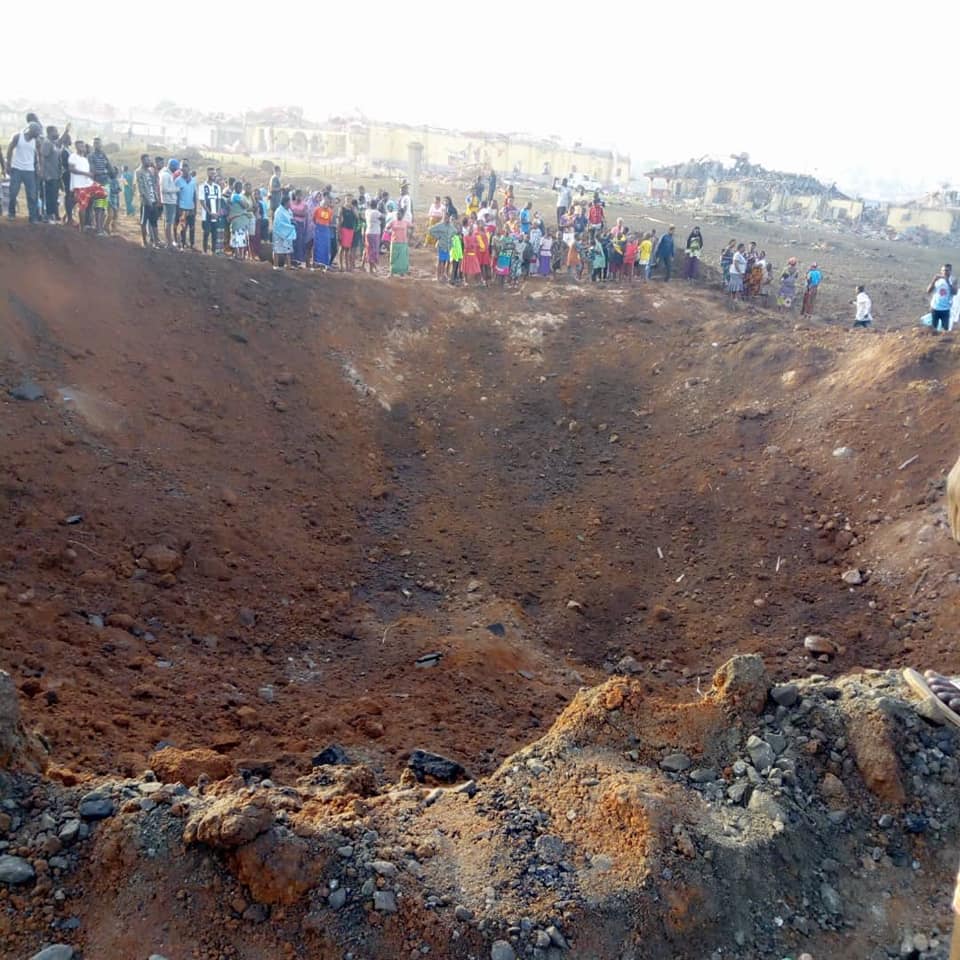 An explosion which destroyed no fewer than 100 residential buildings, has been reported in Eleyowo, Akure North local government area of Ondo state.

According to residents of the community affected, the blast which occurred in the early hours of today Saturday March 28, cut off the ever busy Akure /Owo road while many people were said to have been injured.

The incident which reportedly happened less than a kilometre to Akure Airport, affected many residents of Eleyowo community, destroying completely a church, Possibility Ground Ministry and a school in the area, Aina Awawul Secondary School.

Many people who lived within the church premises were said to be injured while some were rescued by the people of the community .

The Ondo State governor, Rotimi Akeredolu, in a tweet said he had been briefed and would visit the scene of the incident.

“I’ve been briefed by security agencies in the state concerning the loud blast that was heard in Akure. I will be at the scene to assess on the advise of heads of our security agencies. I ask that all citizens remain calm as we ascertain details of the incidence.”

This explosion comes few weeks after an explosion rocked the Abule Ado axis of Lagos state, killing many and destroying several houses.

COVID-19: US Govt set to evacuate citizens in Nigeria