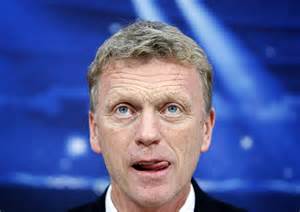 The Football Association aka FA has charged Sunderland manager David Moyes after telling BBC reporter Vicki Sparks she might “get a slap”.
Moyes was seen on camera making the remarks after his team’s draw against Burnley in the Premier League in March.
Although the 54-year-old has expressed “deep regret” for his response, it still did not save him from charge.
It came after an interview in which he was asked by Sparks if the presence of Sunderland’s owner Ellis Short put extra pressure on him.
He said “no” but, after the interview, added that Sparks “might get a slap even though you’re a woman” and that she should be “careful” next time she visited.
However, speaking on 3 April, Moyes said: “I deeply regret the comments I made. That’s certainly not the person I am. I’ve accepted the mistake. I spoke to the BBC reporter, who accepted my apology.”
The BBC confirmed that Moyes and Sparks had spoken about the exchange and the issue had been resolved.
A spokesman added: “Mr Moyes has apologised to our reporter and she has accepted his apology.”
An FA statement said it is alleged his remarks were “improper and/or threatening and/or brought the game into disrepute”, contrary to Rule E3(1).
The Scot has until 18:00 BST on Wednesday, 3 May to reply to the charge.