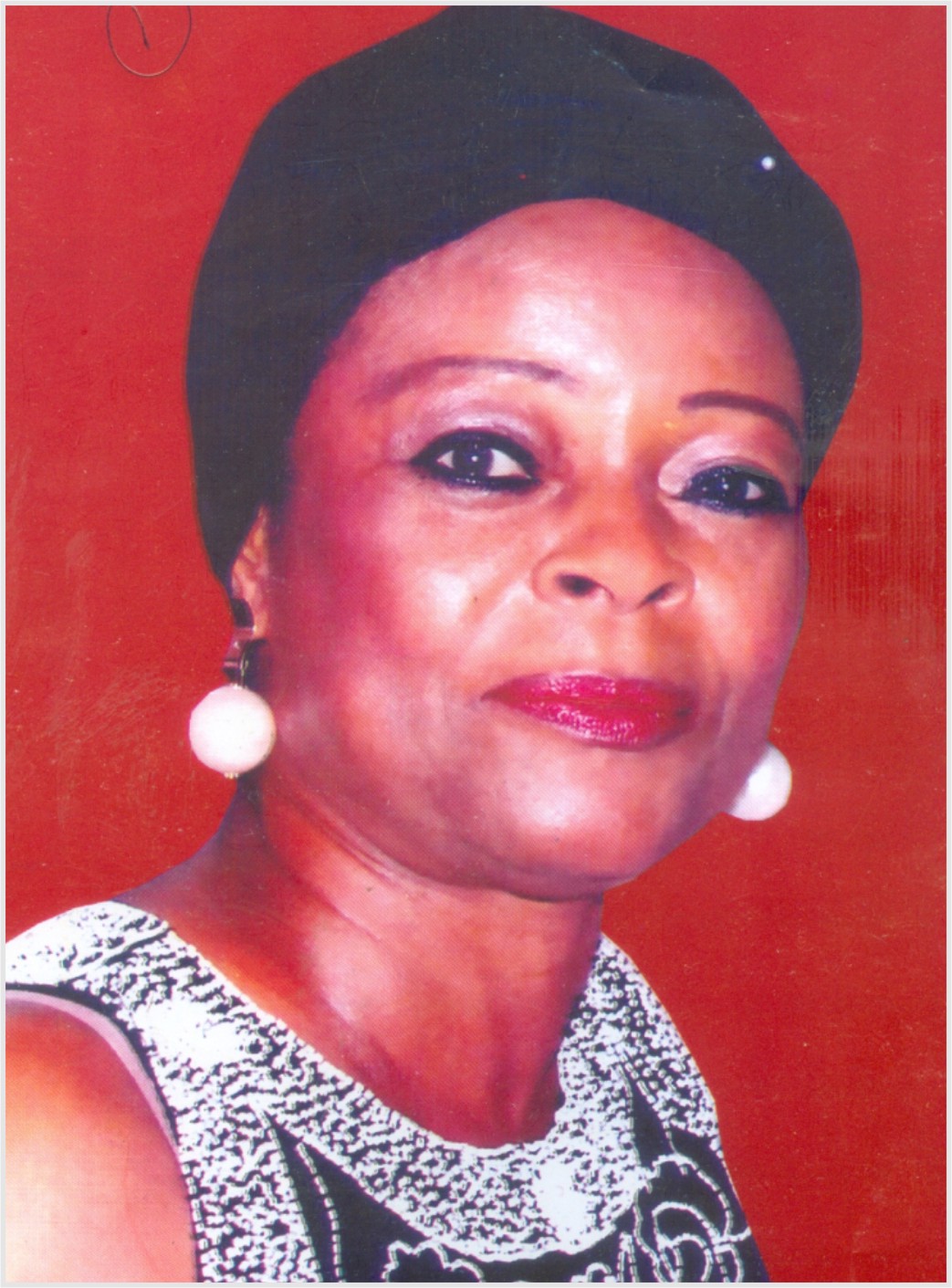 On Friday 10th January 2020, the remains of Mrs. Abosede Folashade Ransome-Kuti was laid to rest in Lagos. She is the wife of late Human Rights Activist, Dr. Beko Ransome-Kuti. She passed on 3rd December 2019 at the age of 74. Below are excerpts from the tributes from her daughters.

Late Mrs. Abosede Ransome-Kuti was born on Jan. 7,1945 into the home of Mr. and Mrs. Alfred

Her foray after working with Swiss Pharmaceutical Company continued with the establishment of popular Snow-White Dry Cleaning Company with her husband which she managed for about 10 years and later started her own business of trading.

She got married in the 70s to Human Rights Activist Dr. Beko Ransome-Kuti and had two children Funmilayo and Lande.

Bose was an avid golfer, social activist and patron to the popular Modupe-Cole Memorial Child Care and Treatment Home Akoka, Lagos. In 2013 as the Lady Captain of Ikeja Golf Club, she initiated and organized the First Lady of Lagos State Golf Tournaments as a way of getting more women into golf.

She was an active board member of Women Arise where she attended rallies and affirmative marches for good governance and demand for the freedom of Chibok Girls.

Bose was a simple woman who preferred to put more of her energy into Charity giving. On her 70th birthday January 7, 2015, instead of having an elaborate party, she organised a small event of planting 70 trees with her family and friends who sponsored a tree each. The proceeds from the sales of the 70 trees went to four Charity homes: Echoes of Mercy and Hope Foundation, Child Care Social Services, Modupe Cole Memorial Child Care and Treatment Home and Tunji Adebayo Foundation.

She organised a yearly pest-humus football tournament in honour of her late husband, Dr. Beko

Ransome-Kuti to keep the less privilege children off the street in order to keep their football dreams alive.

Bose was a deeply spiritual and God fearing woman who attended her service to God at the Fountain of Life church, Ilupeju headed by Pastor Taiwo Odukoya.

She was survived by her children and grandchildren.

I can’t believe I am actually writing you this tribute. When Nike called me that evening and said she had bad news, you were the last person that came to my mind. We had video-called the day before and i was telling you how beautiful you were looking, all made up. You went through so much after the surgery and the coma but against all odds you pulled through. You were such a strong and determined woman and it was that strength and determination that got you through.

You were my mother, my sister and my best friend. My number one supporter and champion. I will miss our conversations (we talked to each other about anything and everything l), I will miss how you called me Layus, or how you would call me, ask me for advice or to do something and then tell me I am everyone’s mummy. I regret you will not see me setup my center for children with Autism and learning differences, but I promise you I will do it and make you and dad proud. Thank you for everything for being such an amazing mother.

I wish you a peaceful transition to the afterlife. I know you are up there guiding and supporting us as always. I love you mum.

YOUR DAUGHTER FUNMI TRIBUTE TO BOSE RANSOME-KUTI “AKA MY GF”

I still struggle to accept that you’re no longer with us. Perhaps because the memories of you, the things we did, conversations, keep flooding through my mind. Playing golf together was always fun. How you would give me tips and laugh at my swing. How you would call me and change your voice saying “this is the girl you met yesterday at the club” but your unique laughter was always the giveaway.

On a serious note, you were my biggest fan. Always keen to know how I’m getting on and would encourage me to be steadfast finishing most conversations with .. “ma worry Olorun a se”…

Your faith, strength and resilience in the last year stand as an example to us all. You fought through it all and came through.

To me, you were a caring mother, friend, confidant and a source of inspiration.

To everything, there is a season, and a time to every purpose under the heaven – Ecclesiastes 3: 1. Always in My Heart.

TRIBUTE TO MY MUM

My sweet loving, caring mother (Iya Ni Wura) that nurtured me from cradle to adulthood will forever remain in my memory, Though death came too soon, we all agree it is the terminal end. We are all still in shock, knowing that my mum, Nana as we fondly called her is no more. She taught me the virtue of being strong, by encouraging me to be focused and achieve my goals and desires in life when I lost my Dad, Dr. Bekololari Ransome-Kuti.

When my dad passed on I felt life lost its tangible meaning, but my mother insisted that the best way to keep his memory alive was to be courageous and strong. Now with her passing, words alone cannot be sufficient to describe this great loss.

Like any mother and daughter, we argued over so many petty and serious issues due to differences of opinions but she would always end up showering me with love, and understanding; and she was also a mother to all by advising and always willing to assist them financially.

Rest in peace my irreplaceable mother, Nana you will forever remain evergreen in the minds of those of us you left behind. Sun re!!! Mummy.

A TRIBUTE TO MY MOM

I really and truly cannot believe that I am writing a tribute to you. It is still so surreal.

You, who were actively preparing for your Thanksgiving Service which you had planned for the 7th January 2020. It was clear to all and sundry that you had no plans to leave this world so soon and everything you did was for the long. haul but that is not to say that you showed any fear of dying. Quite the opposite, you seemed at peace with yourself, with a strong confidence that imbued me with confidence that the worst was over and that we would be playing golf together over the 2019 yuletide/New Year on our way to getting your handicap back after your long absence from the course. So, you can imagine my shock when you cut my plans short … I am still having a hard time coming to terms with your departure because I thought the coast was clear and I was bent on seeing you enjoy the next phase of your life playing golf and savouring what life had to offer after all you had been through.

Nana took us on a very revealing journey over the last 24 months, showing us her many parts – her sense of independence, her strength, her faith, her determination, her shrewdness, her bluntness, her kindness and her love.

She was a very independent person who gets on with things without imposing on others unless it was absolutely necessary. She had started to have dizzy spells which we all put down to age-related vertigo but after a while when it became more frequent and destabilising she investigated further and the doctors told her she had a lump on the lining of her brain which was growing and pressing on her brain so she had to take it out as soon as possible. But she kept the “full” information to herself because she thought she could handle it herself. She turned up in hospital for a brain operation and the doctors who knew us, were perplexed when she arrived alone on the day scheduled for her admission. They sent her back home and told her she needed to come with us. You can imagine how destabilised we all were when we heard she had to go in for brain surgery on the eve of her scheduled appointment.

That said, she had an ever-abiding faith in “God”, who she knew would bring her through her operation successfully. Her confidence was so calming for us, despite our concerns about the risks involved.

Unfortunately, there were serious complications and it was touch and go, but Nana made a miraculous recovery, pulling herself out of a coma and unwilling to succumb to any self-pity, she focused on getting better. From being bed bound, with a tracheostomy tube in her neck, unable to eat solids, unable to speak, memory impairment and lost muscles (she had no strength in her limbs), she worked at getting better with pluck, humour and a no surrender attitude (till the end), defying the doctors predictions by talking, walking and recovering in leaps and bounds.

We still don’t know what happened as we wait for the autopsy report (which will be out one day hopefully) but whatever it was, it was quick, and she did not have a choice.

She encouraged me to play golf and I caught the bug as well (but maybe not as much as her – she was playing till she went under the surgeon’s knife). I love you and will miss you Nana. I took you for granted because we lived so close to each other but now the vacuum is obvious. You will remain forever with me in my heart and memories.