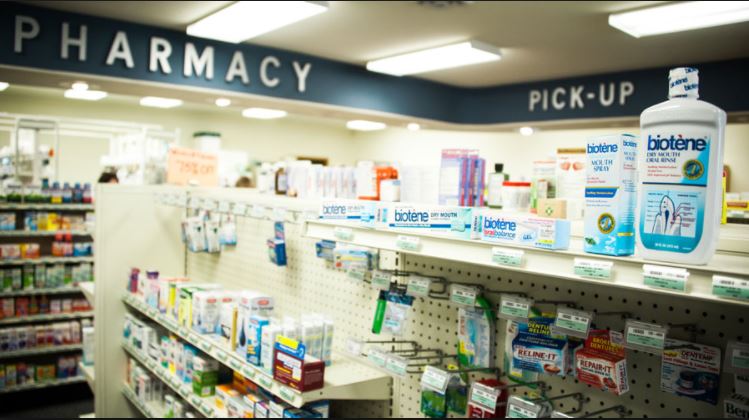 The federal government has said that all open drug markets in Nigeria will be permanently shut by December 31, 2018, even as it said it will be introducing drug Coordinated Wholesale Centres nationwide to check the menace of falsified medical products in the country.
The Minister of Health, Professor Isaac Adewole, disclosed this in Lagos during a stakeholders’ workshop organised by the National Agency for Food and Drug Administration and Control (NAFDAC) in collaboration with the World Health Organisation (WHO) on ‘The prevention, Detection and Response of Substandard and Falsified medical Products.’
He said the new measures were designed to allow drugs to be sourced directly from importers or manufacturers down to the end users instead of buying drugs from the open drug markets.
According to him, the FMOH had developed the National Drug Distribution Guidelines, (NDDG) in 2012 to address the unsatisfactory chaotic drug distribution system of the country.
“Coordinated Wholesale Centres to accommodate open market medicines sellers have been approved and are being developed in Lagos, Onitsha, Aba and Kano and will commence operation by January 1, 2019.
“Medicine is an important component of healthcare delivery service and without the infusion of medicines; the health care service delivery system of a nation is sterile.
“A good-quality medicine supply system is essential for healthcare delivery. There is a special need to prevent therapeutic drug falsification in order to safeguard against health and maintain trust in healthcare system. The overall scale of trading in medicine and the resultant harm done to global health has not been adequately accessed,” he said.
On his part, the Acting Director General, NAFDAC, Mr. Ademola Mogbojuri, noted that the public health implications of substandard and falsified medical products include treatment failure, high treatment cost, development of resistance, loss of confidence in the healthcare providers and healthcare system and may ultimately, result in fatality and death.
Mogbojuri who raised the alarm that the problem has become a serious, threat to global public health said the fight against this nefarious act requires a sustained action by both governmental and non governmental bodies.
Stating that single and isolated interventions cannot address the issue of substandard falsified medical products, he called for coordinated actions with international organisations to reduce to the barest minimum the incidence of the ugly menace.
The Acting Director General said WHO established member states mechanism on substandard, spurious, falsely labelled, falsified and counterfeit medical products following its resolution 65:19 in May 2012 to promote public health, and access to affordable, safe, efficacious and quality medical product, across the globe.
Fed Govt to Permanently Shut Open Drug Market By 2018 was last modified: October 9th, 2017 by Arinze Ago